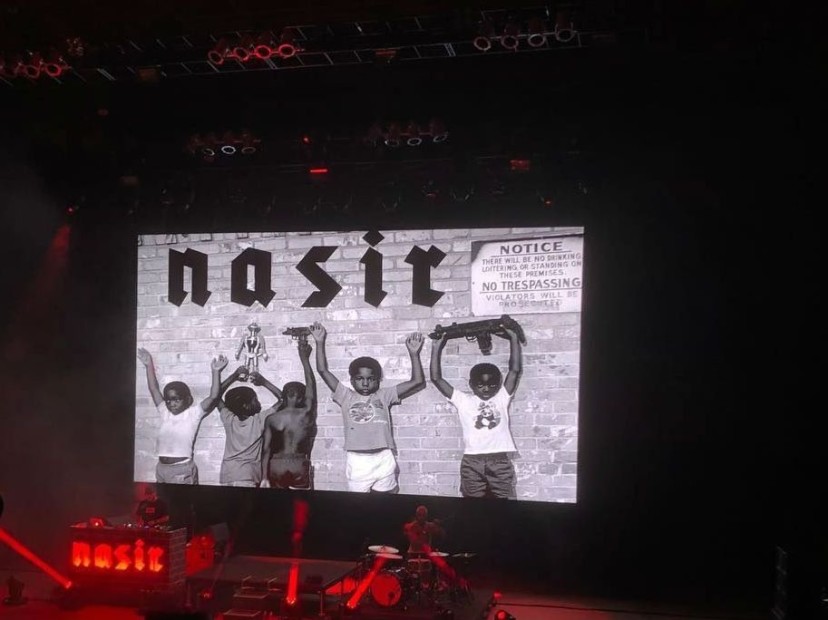 Hip Hop was pulsing through every nook and cranny of Colorado’s Red Rocks Amphitheater on Tuesday (July 31).

Nas, Mos Def, Talib Kweli, Royce Da 5’9, Brother Ali and local support The Reminders were all on deck for the nearly sold-out show. But for those hardcore Hip Hop purists, the highlight of the evening came the moment Black Star hit the stage.

With Bay Area DJ Big Von on the 1s and 2s, Mos Def (aka Yasiin Bey) and Kweli sailed through a stacked set list with some of their biggest records.

From Mos Def’s “UMI Says” and Kweli’s “Get By” to Black Star’s “Definition” and “Brown Skin Lady,” the tenured duo captivated the audience with ’90s Hip Hop nostalgia.

In between verses, Mos Def sprinkled rose petals all over the stage and waved red and blue bandanas, intending to symbolize unity.

Following Black Star’s explosive set, Nas proceeded to blow the crowd’s collective mind. With a massive backdrop featuring the Nasir cover art, the Queensbridge-bred rap legend took the stage rocking an all-black fit and his signature sunglasses as the words, “Escobar season has begun” played on the overhead speakers.

The Illmatic mastermind then delivered flawless live renditions of classics like “Hate Me Now,” “I Can,” “Life’s A Bitch,” “The World Is Yours” and “If I Ruled The World,” as well as new songs from Nasir such as “Adam & Eve.”

Nas’ energy was at fever pitch for over an hour as he knocked out the set list. Every bar was executed with precision as Nas illustrated (once again) what makes him one of the best MCs to ever pick up a mic.

Check out six of the best moments from the show below.

?You can hate me now, but I won’t stop now…@Nas