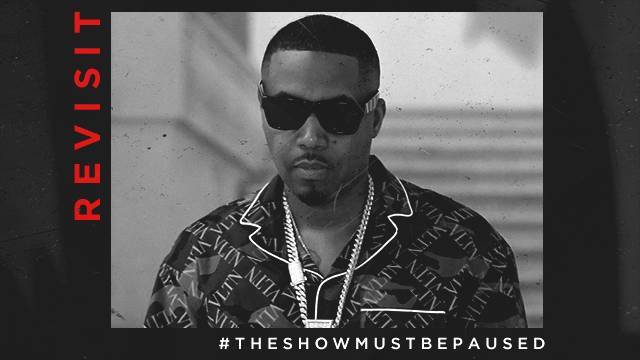 The country mourns the death of yet another black teen. Seventeen-year-old Antwon Rose was shot in the back by local police in East Pittsburgh while he was running away after being suspected of being involved in an earlier shooting.

The child who was shot in the back and killed by East Pittsburgh Police is named #AntwonRose RIP pic.twitter.com/B2nAMfCDF7

Rose was in a Chevy Cruze on Tuesday (June 19) when the Allegheny County Police pulled him and two others over since it matched the description of a car involved in a shooting earlier that day, according to CNN.

Around 8:30 p.m. that night, someone had fired nine .40-caliber shots at another person in North Braddock borough, as reported by the Allegheny County Police. The target fired back and was later admitted to the hospital to be treated for his wounds. A witness described the vehicle to the police and at 8:40 p.m., police spotted a car that fit the description. Rose was in that car.

Once cops ordered the driver out of the car, Rose and another passenger ran, Allegheny County police said. At that point, an officer opened fire and struck Rose. He was later pronounced dead at the hospital.

Make sure you know the story of #AntwonRose 17yrs old… shot in the back by Pittsburgh Police as he ran away… . . Make sure you read the post his buddies at his Skate Park made @switchandsignalskatepark dope!! 💪🏼💪🏾💪🏽

The driver of the car was released by police, but they are still looking for the other passenger.

Allegheny County Police Superintendent Coleman McDonough stated that the police recovered two firearms from the car but Rose was unarmed at the time of the shooting. McDonough is confident the car was involved in the earlier shooting that day due to “ballistic damage to the rear window.”

The Hip Hop community has been saddened and angered over the tragic death and Nas (who released a song called “Cops Shot The Kid” on NASIR last week) has expressed his disgust with an Instagram post with the caption, “Whoever killed him needs the electric chair in front of his family.”

A protest was held Wednesday night in East Pittsburgh.

We were devastated to hear that Antwon Rose, one of our skaters was shot in the back and killed by East Pittsburgh police. The footage that has been surfacing online shows a scared kid running for his life. For those who say he shouldn’t have run, maybe your memories are short. Remember Philando Castile, who did everything right and was still murdered while seated in his car. While I sit in the skatepark and look at this picture of Antwon I wonder; how could anyone hurt this kid, feel threatened by him, see him as a threat? It’s baffling and sad but the world we are living in sees Antwon as a threat because he was a black boy in a car. I genuinely fear for the lives of our POC friends and family when they leave the skatepark. Not because of the neighborhood, but the world around us. I wish I could tell my young friends to stay safe, but how? How do they stay safe from cops? How do they stay safe from eyes that only see them as danger? Remember. Say his name. Antwon Rose #antwonrose #blacklivesmatter

A post shared by Switch & Signal Skatepark (@switchandsignalskatepark) on Jun 20, 2018 at 3:42pm PDT

Check out other reactions from the Hip Hop community below.

Seems like all the known mass (crazy white boy)shooters can make it into custody unscathed… yet and still suspected kids(of color) continue to die at the hands of these crooked ass cops!!! #USorELSE✊🏽

Black lives matter to me. #antwonrose

Rest in Power #AntwonRose another unarmed kid shot down. Now they claim it was mistaken identity. So quick to shoot us while you buy muthafuckaz Burger King … pic.twitter.com/gTpzPZgMkD

#justiceforantwonrose … It’s always an excuse tryna justify while the cop even discharged his gun or the officer walks away without being convicted or prosecuted … Sending my condolences and also praying for the family of #AntwonRose pic.twitter.com/s5xweOsx34