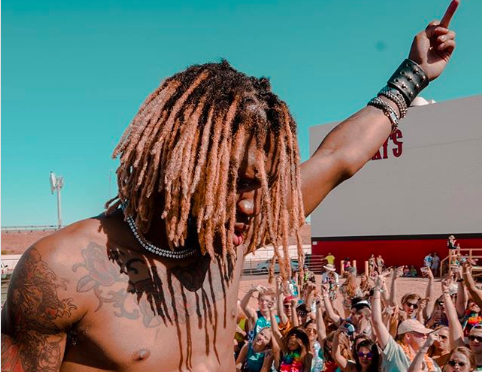 This installment of Tweets Is Watching includes OG Maco criticizing the Quality Control label and Young Thug addressing his sexuality.

I’m with a label that has sabotaged MULTIPLE careers (that I’m STILL signed to) and y’all dumbasses still tryna figure out why I won’t drop again?

Is it THAT hard to figure out why?

This is why y’all get in the industry and get fucked like a cheap whore.

Someone tries to tell you the truth about it and you shun them, then complain when you’re broke with a platinum record.

Mater of fact, if you “curate” or do content for any blog/mag and still don’t think you should invite me for an interview about THIS subject by now, delete my number and fuck you.

A fan asked Maco if he’s still with Quality Control. The “U Guessed It” rapper confirmed he unfortunately was and took it as an opportunity to share how he really feels about the situation.

lol swear i fell off?

Lil Boat joked back and reminded everyone of his fortune after several fans implied that he had “fallen off.”

Young Thug Addresses Those Who Come For His Sexuality

Thugger, who fashion choices could be considered eclectic, is often labeled gay. The Jeffery rapper fired back.

Bow Wow shared a photo of himself and said the secret behind his youthful looks is “GOOD SEX.”

The Odd Future alum announced a release date for the second installment of his GOLD le FLEUR shoe with Converse — the Two Tone Uno.

Coming off the successful release of Die Lit, Carti shows appreciation to the enigmatic Frank Ocean.