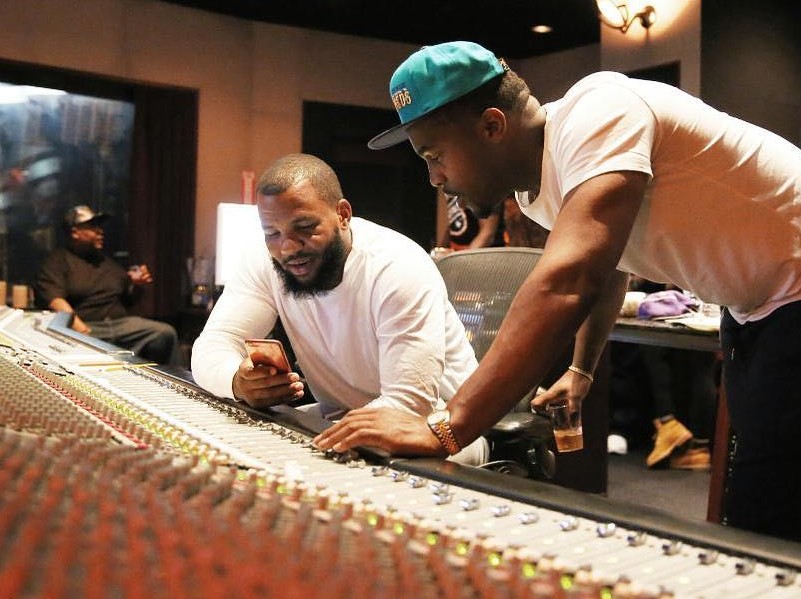 Classic Blueprint: 5 Ways The Game Can Win With His New Album

It’s every fan’s wet dream to have their favorite rapper heed their advice on the creation of the MC’s next album. The Game just soiled a lot of bedsheets by welcoming input for his upcoming ninth studio album, which is still named Westside Story at the moment.

As we look forward to one of the most anticipated rap albums of the year, we at HipHopDX decided to chime in with five ways Game can turn Westside Story into a bona fide classic.

The Game has been rocking with former L&F producer Bongo since 2015’s The Documentary 2. Bongo has made several solid cuts for Game but has a tiresome habit of being utilized for all-too-familiar samples. “On Me” featuring Kendrick Lamar on The Documentary 2 borrowed from Erykah Badu’s “On and On,” while on 1992, “Savage Lifestyle” and “True Colors/It’s On” recycled Marvin Gaye’s “Inner City Blues (Make Me Wanna Holler)” and Ice-T’s “Colors,” respectively. Game and Bongo continue this trend on the first-announced Westside Story single, “OH I,” which featured Jeremih, Young Thug and Sevyn. The song samples Eugene Wilde’s “Gotta Get You Home Tonight,” which long ago made its name in Hip Hop on Foxy Brown’s “Get Me Home” featuring Blackstreet.

We mostly gave Game a pass for this practice because it fit well with 1992’s nostalgic theme. However, if he wants to give Westside Story its own sense of identity, he needs to keep the samples fresh.

Jayceon Taylor is just a few years from 40, and longtime vets have proven artists can make compelling grown-man rap that connects with the masses. It seems like Game’s life is good, so he should turn the clock to 4:44 and make music that is more Bordeaux than Belvedere.

We know that with an album potentially to be named Westside Story, L.A. gang life is going to be a central topic. However, Game already proved he’s capable of maturation when he took to the armchair for story time on “Young Niggas” on 1992. Creative, seasoned ways to express his Bloody sentiments would help make the album timeless.

On the other hand, Chuck Taylor shouldn’t be so grandfatherly that he puts us to sleep. The last Game single to crack Billboard’s Top 40 was “My Life” featuring Lil Wayne, which hit No. 21 — nearly a decade ago. Since then, Game has had a number of singles break the Billboard Hot 100 but most of them, such as the Jeremih-assisted “All Eyez,” sound like forced attempts at radio play, rather than organic creations that Game actually wanted to make.

50 Cent collabs like “How We Do” and “Hate It Or Love It” can never be duplicated and probably can’t be matched. However, if Game can tap back into his gangsta-tinged rap sensibilities with true commercial appeal inspiration, he can come up with a record he can use to bolster both the album’s sales and its replay value.

When Game solicited suggestions for his album, 50 Cent was among the names suggested by fans as a collaboration. As we just said, though, an inspired Fiddy ain’t walking through that door. Forced collaborations for the sake of nostalgia never work out well, so if Game is considering reaching into his past for a feature, he better think realistically about whether or not it can work. That goes for collaborations with Busta Rhymes and the rest of G-Unit, too. Lil Wayne and Chris Brown may be strong exceptions, because the two have consistently collaborated over the years, mostly yielding successful results. Also, Wayne showed his pen is still sharp on Dedication 6.

However, Game should, as a rule, only go for rappers who can enhance his album. That advice goes for any album, but is especially vital for Game, since he is often so collab-happy.

Cut The Name-Dropping In Half

For the love of all things pure and decent, please, please, no more name-dropping — if you can logically help it. Mr. Taylor, we know that you have name-dropped incessantly on every album since your classic The Documentary, but it has Got. To. Stop. Your status as an elite rap historian is already cemented, and we’ve long been at the point where references to 2Pac, B.I.G., Dr. Dre and Eazy-E detract from rather than enhance your music.

If you have to drop names, at least refresh us with ones you haven’t rapped about 1,435 times before. Like Black Thought. Or Phife Dawg. Just not Kriss Kross. That would be wiggity wiggity wiggity wack.