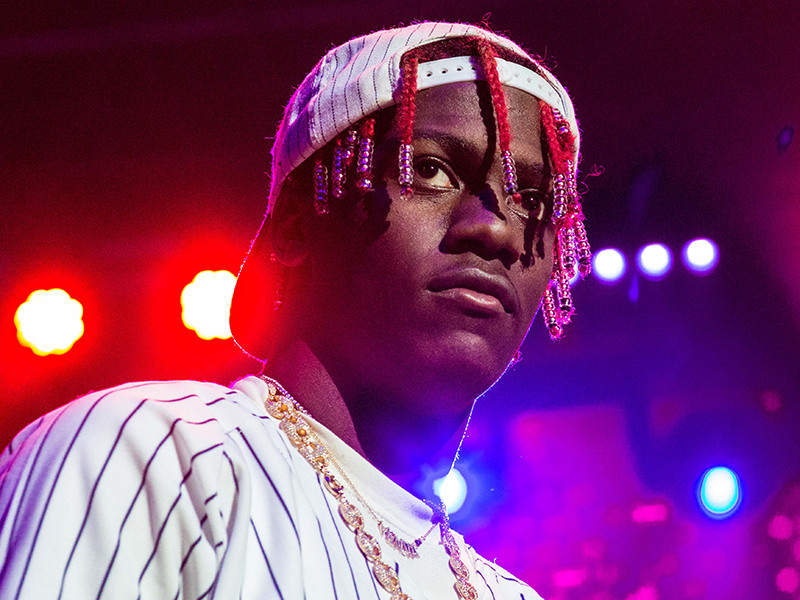 The task of rounding up the best bars on the new Lil Yachty album seemed daunting — but turned out to be an exercise in understanding. Hot 97’s Ebro couldn’t have been more right when he summed up an interview by stating, “When it comes to listening to Lil Yachty, they’re not looking for top-level lyricism … sometimes you simply want good vibes.”

And Yachty’s brand of post-lyricism seems to be selling records, whether we like it our not.

That doesn’t mean, though, that bad bars should get a pass.

The long-awaited Teenage Emotions delivers a lot less of the open-minded collective voice of the youth that the cover art seemed to suggest. Over some pretty well-curated production, Yachty drops some brief sparks of insight interspersed between plenty of cringeworthy — and just plain embarrassing — stuff.

For example, there was his mistaking a cello for a woodwind instrument during a simile referring to oral sex, which blew up over the last week. Yachty blamed the mistake on his team.

“Before you come at me, I’ma let you know. I’ma blame my A&R. Because he listened to that song many times and he allowed me to say that … I guess for a second, I thought a cello was a woodwind instrument, and it is not,” he said in an apology posted as a lyric annotation on Genius. He apparently was attempting to reference the instrument played by Squidward Tentacles in the Nickelodeon Cartoon SpongeBob SquarePants — which is a clarinet. (He also referred to it as a flute before he was corrected, again.)

Squid ward plays clarinet… I got it world lmao.

But there are equally egregious lines on the album that haven’t gotten the same level of attention that are just plain gross, such as his threat to “turn your mother into a pedophile,” or his reference to incest on the track “Priorities.”

Some of his better lines materialize when he paints pictures about how the quality of life for both him and his family has improved, or by giving specific references to his past — but these moments are few and far between.

This is now in the hands of the people, though. We’ll have to wait and see how he fairs on Billboard, with projections hinting at sales around 60,000 equivalent album units.

Here are our picks for the Top 5 and Bottom 5 lines on the album.

“DN Freestyle”
“Uh, all day I’m rocked up
Plottin’ on a bad bitch to come and suck dick
Cook French toast and clean the bathroom
There’s piss all on the floor, bitch, go clean it up”

“My Business”
“Leave a Nutter Butter on that little bitch face (aye)
And I love when she eat it, yeah I love when she taste (ew)
All in her face (pew)
I’m like ‘hahaha,’ all in yo face”

“Priorities”
‘Cause she get wet and she suck me like a insect
She my step sister, so I guess that’s incest
I could not stop lookin’ at those big breasts
Make your next move, your best life’s a game of chess

“DN Freestyle”
“Goddamn, Boat you hella wild
Turned your mother into a pedophile
Bet she wanna fuck me”

“DN Freestyle”
“I’m remember TBT, used to have the CDG, shit was hella flee
Back when all my thoughts were accurate, an Acura tryna chase a bill
Now I focus hard on closing deals so that when I sign a deal I gross a hundred mil’
Stuck between trying to find friends who want innovation but will still kill”

“Say My Name”
“My brother used to sleep in a Hyundai
Now he spent about a hundred Gs on a fun day, wow
And just when I thought about giving up
I got slapped in the face with a blessing slap like pow”

“All You Had To Say”
“I remember moms drove a Volvo
Now mama’s ridin’ in a Rover
Had to go back to my high school
Look at my teachers like, I told ya”

“Lady In Yellow”
“You play more games than Othello
Come kick it with a fellow, come chill with me
I’ma make you sing accapella
Put your diamonds up like Rocafella”