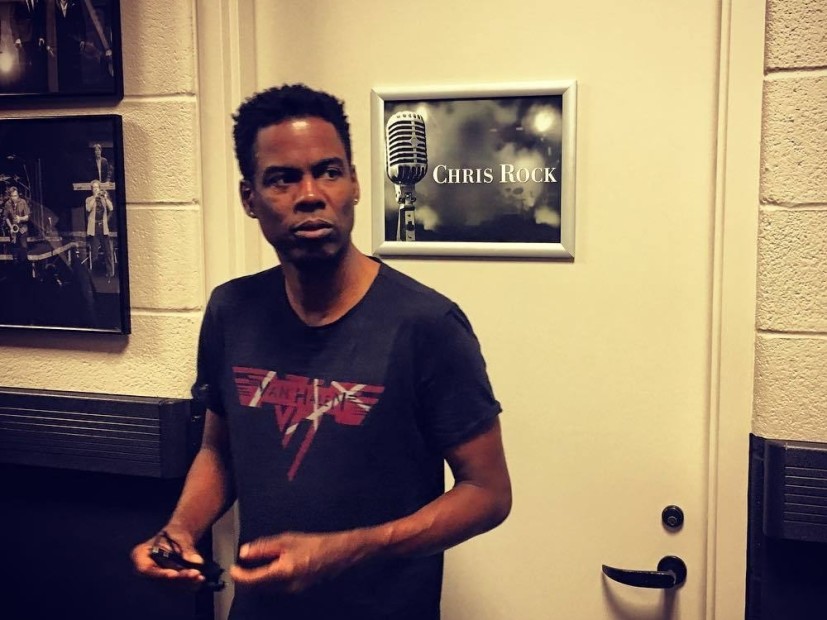 Chris Rock has been listening to Hip Hop longer than I have been alive. That’s exactly why it is so odd to listen to some of his recent hot takes.

In a new video published by Complex, the comedy legend called Kanye West’s My Beautiful Dark Twisted Fantasy the “best album in the history of Hip Hop.” That opinion is a bit unusual for someone over the age of 35, but not completely baffling until you remember just how highly he rates the album.

Back when Rock was promoting his 2014 movie Top Five, he gave a shocking amount of praise to the LP. In fact, he told the New York Times that it was better than Thriller. Yes, as in Michael Jackson’s iconic album, which happens to still be the highest-selling album of all time.

“Kanye’s the best,” Rock said. “He might be the only guy that did party records that make you think. My Beautiful Dark Twisted Fantasy’s probably the best piece of music made in the last 25, 30 years. It’s better than Thriller.”

Rock’s adulation of My Beautiful Dark Twisted Fantasy seems a little overboard, but hey, we all have a soft spot for certain artists. Also, Rock is a contributor to the album. He did a skit for the track “Blame Game,” so the LP might be extra special to him. Yet if we give him a pass for the Yeezy love, how the hell are we supposed to wrap our head around the acclaimed comedian calling Rick Ross the best rapper alive?

That one is particularly odd. Rakim is alive. Scarface is alive. Jay Z is alive. Andre 3000 is alive. Hell, Tupac is alive, depending who you ask. There’s a whole lot of Hip Hop fans from every single era, and I can’t remember seeing Rozay pop up in the GOAT conversation, even when we eliminate the deceased from the discussion.

So, what would make Rock pick the Bawse? This is a man who wrote and starred in the brilliant gangster rap parody CB4. This is a fan who listed his Top 25 albums in 2004 and included Dizzee Rascal’s Boy In Da Corner before most of us even knew what grime was. The lineup also featured classics by everyone from GZA and The D.O.C. to Public Enemy and Geto Boys. Clearly, he is a diehard Hip Hop head. On the surface, it does not make sense.

Remember how Rock’s pick for the greatest Hip Hop album of all time conveniently featured him on it? Well, what do you think Ross’ new album Rather You Than Me and My Beautiful Dark Twisted Fantasy have in common? You guessed it. Christopher Julius Rock is featured on both of them! Suddenly, everything becomes a little clearer.

Ross, who called Rock a cornball just one year ago, is officially the best rapper alive now that they are pals and promoting an album. The man who warned us not to have sex in the champagne room is there to provide an intro skit for his former critic’s “Idols Become Rivals,” a diss track exposing Birdman. The same guy behind CB4 is an advocate for the fake drug lord who jacked “Freeway” Ricky Ross’ persona. The irony is rich.

The cognitive dissonance of it all will make your head spin. Rock is not just respected because he is funny; he is beloved because he is brutally honest. For that reason alone, maybe he could be more upfront about the reasons behind his Hip Hop opinions. It sure seems like his relationships have skewed his outlook, and that is a disservice to everyone who values his insight.