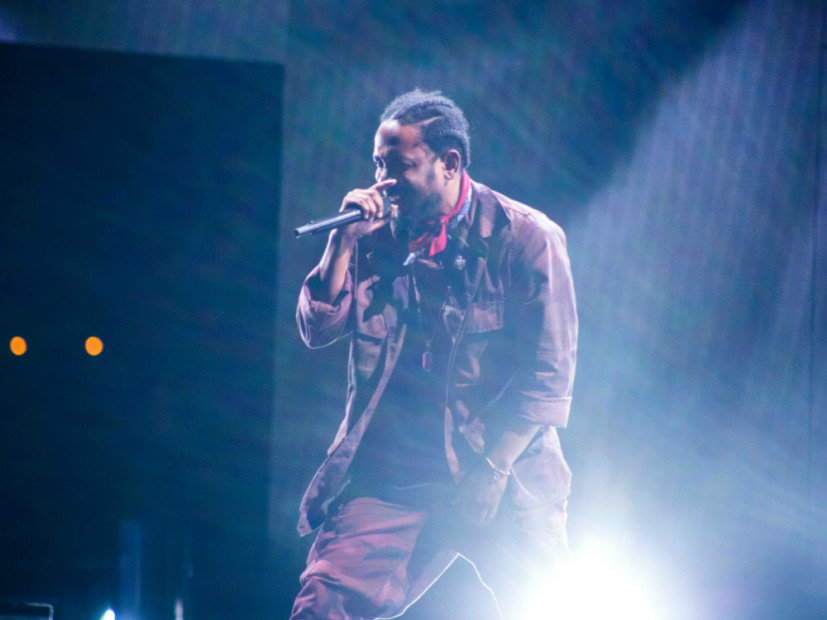 Damn. Daniel. With barely 24 hours having passed since the release of his fourh studio album, Kung Fu Kenny has set the rap game ablaze — again. After failing to drop an album April 7th, Kendrick Lamar dropped an atomic bomb of a project at midnight on April 14th, and fans went ape. There will be a lot of dramatic breakdowns of the album as it continues to sink in, but one track in particular, “DUCKWORTH.,” immediately begs the question: is Kendrick Lamar currently the best storyteller in Hip Hop?

Hip Hop has had its share of great storytelling. Slick Rick‘s breakthrough song “Children’s Story,” and tracks like “The Moment I Feared,” made him a storytelling icon to younger artists — at the time. Nas, who has a new album coming this year, has numerous songs that rank among the top in the sub-genre. Kool G Rap’s “Ill Street Blues” is another great example of brutally vivid storytelling. Then there are songs like Eminem’s “Stan,” or Outkast’s “Art Of Storytelling,” which all took linear storyline based Hip-Hop to new heights.

More recent efforts like Royce Da 5’9‘s “Tabernacle” and Your Old Droog‘s “G.K.A.C” ooze storytelling mastery, but on Damn., K.Dot took it up about 10 notches.

“DUCKWORTH.,” produced by 9th Wonder, is an elaborate, mind melting outro. It gives a detailed — and unabashedly candid — background on Anthony “Top Dawg” Tiffith, and another character named “Duckie,” who it turns out is Kendrick’s father. Duckie’s demeanor prevented Anthony from killing him in an armed KFC robbery two decades ago, ultimately allowing present history to have unfolded, taking the album full circle. It’s a blend of The Usual Suspects and the ideological concept of the butterfly effect.

The 3 beats for "Duckworth" that Dot picked was previously picked by 3 other rappers, neither of them used it. Dot made one jam outta them.

“You take two strangers, and put ’em in random predicaments, give ’em a soul/So they can make their own choices and live with it/Twenty years later, them same strangers/You make ’em meet again /Inside recording studios where they reapin’ their benefits/Then you start remindin’ them about that chicken incident /Whoever thought the greatest rapper /Would be from coincidence?/Because if Anthony killed Ducky, Top Dawg could be servin’ life/While I grew up without a father and die in a gunfight.”

If the song itself wasn’t enough, he also included lyrics in reverse, as foreshadowed in the intro by world famous DJ, Kid Capri. “Just remember, what happens on Earth stays on Earth!  We gon’ put it in reverse.” Fans immediately attempted to decode it.

"Duckworth" is A-1 storytelling. Reminds me of Hov's "Meet The Parents" on HGH. Geeeeeeezus

Me at the end of DUCKWORTH ? pic.twitter.com/tmJOcoshlQ

The story telling on Duckworth is so vivid..

Ain't nothing gonna top this

The only answer I need is if DUCKWORTH. is a true story or not cause that'd be crazy. Lol

Finally made it to DUCKWORTH. and my brain exploded.

The last 58 seconds of "DUCKWORTH" is literally the definition of hip hop… Kendrick is a serious problem ??

Kendrick seems to have delivered what heads wanted on all fronts — and if his crown is at all in question, theories of a possible second album could further shut down naysayers.

Classic Material is not based on a large audience. That's vague. Madvillian and Champion Sound is just as classic as The BluePrint