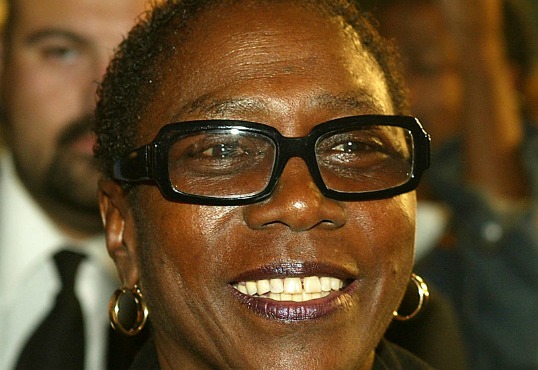 You Are Appreciated: 7 Songs That Big Up Afeni Shakur

Afeni Shakur was more than just Tupac’s mother. She was a political activist, a philanthropist, and the torchbearer of her son’s legacy after his death. For many in Hip Hop, she was also the archetypical mother figure, immortalized in his love letter to her, “Dear Mama.” But Afeni’s influence extended further than just to her son’s records. The news of her death at the age of 69 provoked an outpouring of emotion from the Hip Hop community, with many major figures paying tribute.

Here are seven songs that reference the late Afeni Shakur.

This quintessential track tells the story of 2Pac’s upbringing and childhood with his mother. The 1995 hit was the first single from Me Against the World and spent five weeks at the top of Billboard’s Hot Rap Singles chart (as well as 20 weeks on Billboard’s Hot 100, where it peaked at #9).

The track also holds historical significance, being the third Hip Hop song to be inducted into the Library Of Congress’ National Recording Registry, in 2010. Responding to the news of the song’s selection, at the time the rapper’s mother said, “I’m incredibly touched. It could have been any song, but I’m honored they chose “Dear Mama” in particular. It is a song that spoke not just to me, but every mother that has been in that situation, and there have been millions of us. Tupac recognized our struggle, and he is still our hero.”

“My love goes to Afeni Shakur/Cause like Ann Jones, she raised a ghetto king in a war”

Rapping about the afterlife in a song released six years after 2Pac’s murder, Nas praises Afeni Shakur and his own mother Ann Jones, saying they’ll all be together again someday “sippin’ heavenly champagne.”

“So this song is for Ms. Wallace, Afeni Shakur/And all the mothers of dead sons that went out in the war”

On his 2005 debut album, Game dedicated this Faith Evans collab to the mothers of 2Pac and Biggie.

“You created a god for these kids in the world/But the medium I’m waking, media try ‘n take it/Tell us there’s no religion but Jesus he died in Vegas”

In a song released just hours after the announcement of her death, Cali battle rapper Daylyt leaves his trolling at the door for this tribute track.

Whereas most references to Afeni’s name are about love or courage, this one is a lot more menacing. In a 2003 diss track, Obie Trice takes aim at Ja Rule, accusing him of emulating 2Pac and says that he’ll be “click-clackin’ this toy.” Marshall Mathers also penned her a heartfelt open letter so you know it’s real.

Angie Stone’s 2007 release is a soul anthem dedicated to the struggle and empowerment of black people in America. “My people walk with pride,” she sings before listing dozens of names of black political and cultural leaders she considers “her people,” including 2Pac and Afeni Shakur.

With his closing lines on this track, Yasiin Bey sends a message of love. The Rose That Grew from Concrete — the 2000 album this song appeared on — was dedicated to 2Pac’s poetry and featured Bey, Russell Simmons, Q-Tip, Reverend Run and many more reading his posthumous writings.