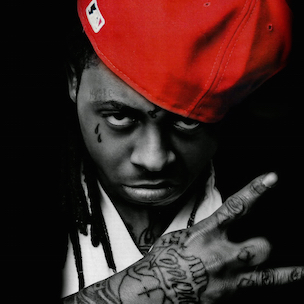 The Reports Of Lil Wayne's Rap Demise Have Been Greatly Exaggerated

Read around the web, the comment section here, on the forums on Reddit’s Hip Hop Heads, in the drunken mouths of nearly everyone. Your barber, your best friend, whomever — for whatever reason — it has become almost a matter of fact to consider Lil Wayne’s career over. He can’t rap anymore, they’ll say. The same cats that rolled around in awe at his mixtape empire of the 2000s will convince you that Lil Wayne gave up on them, that he’s rapped about nonsense for too long, that he went to jail and that changes a man. But I’m here to tell you that the reports of his Hip Hop demise have been greatly exaggerated.

Young Thug May Just Egg Lil’ Wayne Into A Rebirth

This is America, and nothing here matters more than competition. Nothing. Will the squawking young upstart squash him in his midst? Will he be replaced? Nope. Not for a long shot. He will rise up one last time and close this thing out. Between logic, apathy, and belief, I choose belief. I choose to conjure this happening from the ether. What is it they say? Thoughts are physical? Yeah, well, that one. Let’s do that. This is an experiment in that.

Sorry For The Wait 2 wasn’t great, but it wasn’t as wildly disappointing as a lot of people made it seem. Even our lofty ambitions for the return of mixtape Weezy felt dashed, as we gave the album a 2.5 stars out of five. It’s hard to come up with qualitative reasons for what’s wrong with things. So, let’s see. It felt slapdash and hurried, but it was also a raw emotional palette through which Wayne could air his grievances and give you a hint at the myriad of styles that the man damn near perfected. Lil Wayne at his best is Shakespeare’s fool. You know, the one that knows what’s up but dances for you because that’s all you understand, the one that pushes the narrative forward. How do I know? I know because Tha Carter II changed your life. Because you waited on his mixtapes with bated breath once, so why can’t he do it again? Maybe this run on his legacy by Thugger is exactly what he needed to fire up the magic machine just one last time.

The Time For A Guard Change May Not Be Right Now

Not to dismiss the changing of the guard from Wayne to Young Thug (if that can even be considered a changing of guard), but Wayne’s got one great album left in the tank at the very least, the only question is can he grab courage by the throat and use his magic? Can he make something else? Because Young Thug admits that Lil Wayne is the person who means the most to him as an artist, and he’s admitted that he’s making Tha Carter VI (now Tha Barter VI because whatever) as homage to Wayne. Then there’s the fact that Young Thug has never crafted a complete LP, period. He’s never even made something similar to the level of artistry of even Tha Carter, so while I’m interested in this thing coming out tomorrow I have no expectations for it.

For Wayne, because of his past excellence, the expectations for his work are always out of this world. And now, with his work being wrangled in lawsuits and the kid putting real pressure on Wayne, it’s time for him to show everyone who he is.

Because there’s not just something about a prodigious talent that shines bright then eventually goes silently into whatever Hip Hop night there is. It’s about a person at the end of their prodigious talent powering through into something else. This is about grit. This is what Wayne has in spades. Despite what folks have been saying, whether it be 50 Cent saying Baby waited for Wayne to blow up (which is categorically false by the way), or Young Thug claiming that he’s scared and suing for copyright, it doesn’t change the fact that Wayne’s been selling records since he was a child. Even Tha Block Is Hot went platinum in its time.

Rising From The Proverbial Ashes

Listen to Dedication 1/2 or No Ceilings or Da Drought series and you’ll hear some of the best metaphorical, wily rap by anyone that you’ve ever heard. And here’s the difference between Weezy and other emcees: the man hasn’t changed. You can never say that he’s Kanye West and that there’s an entirely different person in your rearview you’ll never, ever see again. In fact, if you did, you’d just love to hate it, wondering secretly why Kanye decided to flow backward instead of forward. There were his dalliances with rock in the form of Rebirth, and that may have been Wayne at his most scattered, but also his most courageous. He’s never afraid to diversify his sound, and that’s been the gift and curse of Weezy. Here, though, Tha Carter V is his opportunity to become concentrated again, to become whole. It’s the opportunity for Wayne to come full circle, and out of all of the greatest emcees in the game, Wayne is the only one that can properly revisit his roots while renewing his sound.

The Ubermensch Becomes The Underdog

And now the one on top has suddenly become the one starting from the bottom. He’s battered and bruised. There’s a younger version of him at his neck. His mentor and friend and boss is frowning at his insubordination. The naysayers are barking at his door, and all his mistakes, his missteps are being counted for more than his greatness. If Tha Carter V is a classic, it will be the greatest Hip Hop comeback story of all time. It will be MJ holding out his long, end of career arm taut for one last shot of greatness. Just one more moment in the sun to culminate a career that, for all of its ups and downs, has been rich and fluid and remarkable. Between mixtapes and proper albums Wayne is 26 projects deep. Think about that for a moment, and then doubt him one last time. When he’s Kirk Gibson, broken, limping and rounding the bases we will all sit back and smile, so why not choose belief? And for all those that wonder why he won’t go suit and tie, just go to the boardroom, it’s because they put that on you when you die.