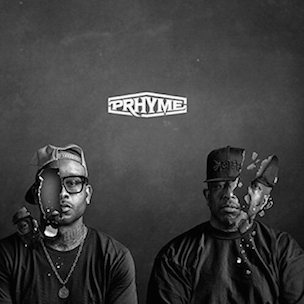 Royce Da 5’9 and Premo’s odyssey together spans years, but the most important fruit of their labor get’s officially released into the wild on Tuesday the 9th,and the stream has been plugging holes in the universe since it was released by NPR yesterday. Of course, the response seems to be overwhelmingly positive.

On our first listen, we decided to talk about our favorite tracks off of the record, which may be Royce Da 5’9’s greatest post Shady moment, and with the album inching closer, we knew we just had to weigh in. Today, you’ll find freelance writer Ural Garrett and myself, Features Editor Andre Grant, weighing in on which track moved us the most.

Ural: Past all the numbers talks and think pieces regarding Hip-Hop in 2014, MC/Producer collaborative efforts could be considered all the rage this year. With Run The Jewels overlooking the mountain top, duos ranging from Freddie Gibbs & Madlib to Evidence & The Alchemist all put out quality releases overwhelmingly adored by rap fans. As the year nears its inevitable end, the rap Gods delivered one hell of a knock-out punch with Royce da 5’9″ and DJ Premier’s PRhyme project. On the surface, this collaboration makes so much sense, it makes one wonder why both didn’t decide to join sooner considering the work done together over the years. However, both Royce and Premier do a bang-up job on their own and there isn’t a better example than “PRhyme.”

The first words heard from Royce during PRhyme’s opening titular track “Gather round, gather round, witness the memoirs of 5’9 being read as he sees it fit” signifies the amount of authority Detroit’s own displays at each rhyme; something constant throughout the entire project. Even guest features from Jay Electronica, Common, Killer Mike and even Slaughterhouse add to that notion.

There isn’t anyone in Hip-Hop who understands MC dynamics better than DJ Premier as he delivers perfect ally-ops for 5’9 similar to his time with Guru. Premo delivers that same signature grit that’s made him such an iconic producer regardless of tone regardless of the fact that the entire project primarily utilizes Adrian Younge samples. It’s the equivalent to making a exquisite recipe with top-shelf ingredients.

For an album title that’s pronounced as “prime,” the two veterans convey a keen sense of mastery over their individual craft well beyond their supposed expiration dates. Anyone making the argument that 2014 is the worst year in Hip-Hop can listen here and have several seats. Like Royce proclaims during the track’s 3:54 timespan “I’m never falling off.”

“To Me, To You” feat. Jay Electronica

Andre: The track opens with Royce talking to himself over sinister production from Premo: ”… You took all that time off. I understand you had to get your mind right or whatever you were doing.” And you could say the same for this one’s co-star. Jay Electronica has been wondering as he wanders, periodically filling the space he left behind after “Exhibit C” with wolfish snippets of his personality to fawn over. it has endeared him to most of us. It allows his narrative of the marauding Rap wizard to go untarnished.

For Royce the narrative has been different, and he celebrates that by coming out swinging. “Million dollar maker not a faker / Try to call me over-the-hill, it’s probably because you saw me chillin’ beside a pile of paper / Life’s a Picasso painting / Sike / My life’s more like an obstacle ain’t it?” The chip on his shoulder the size of Mt. Doom is worthy of his verse here, as it is on most of the album. And that’s just the beginning. The chemistry with Premiere is evident, as he sounds more comfortable here than he has in quite a while. There is one line — it is so frail and powerful it makes you want to cup your hands around it — that describes huddling around the oven for warmth as a youngin’, and he immediately follows it up with a quip about infomercial appeals. Royce straddles that line between self-seriousness and self-deprecation with aplomb. Of course, there are no Sarah Mclachlan songs to hover over commercials for Detroit’s ailing children. His first and second offering feel like a wick lit on a stick of dynamite. And then there is Jay Elec’.

His flow remains crucial. And, here,  he’s playful: “Jay Electricity / Baptized near felicity/ Where he been for the last three years is just a mystery.” Of course, he doesn’t answer that question, and when he comes up from the earth to declare the angels themselves heard his verse and thought, “This shit is hard,” you end up salivating over the wild-west beat (which itself is a page turner) and the chorus’ sweet to their sour.