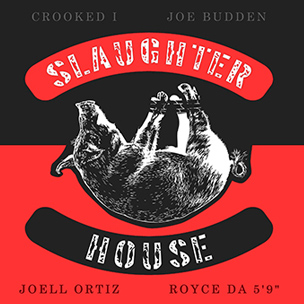 This week, Meek Mill takes a stand on race relations in Vegas, Chance The Rapper was taken to the hospital and Just Blaze blasts Jay Z’s alleged extorter. Check the rest of the week’s top tweets below.

Vegas saying no hip hop rapper can have a event in Las Vegas something need 2 b done about this bcuz it is a racist act! #stepup #hiphop

Ima have my lawyer speak up and we have press get on top of this situations in Vegas ….I never had a incident in Vegas..We need answers

Meek Mill sent out a series of rather interesting tweets Saturday morning in connection with rappers allegedly not being able to perform in Las Vegas. According to Meek, he was told something that led him to believe rappers couldn’t throw events in Sin City, which he believed was a “racist act.” The Philadelphia emcee said he would soon have his lawyer speak on the matter, and in the interim he called on the NAACP and fellow members of the Hip Hop community to step up and take action.

just got caught staring at a hot mom that’s with her teenage kid. I feel awful cuz I kno he is completely aware that we’re eye-fucking.

Given the success of hit singles like the Waka Flocka Flame-assisted “Wild Boy,” it’s totally plausible that Machine Gun Kelly would have teenage fans. Apparently when their attractive moms accompany those underage fans, the situation is a win-win for MGK. The Bad Boy artist locked eyes with a woman who happened to have her teenage son on hand, and things got a little awkward.

On behalf of @chancetherapper and our entire team- We sincerely regret to have to cancel our 2nd weekend at coachella. -CTR MGMT

Thank you for the prayers and support during this time, Chance, his team and family deeply appreciate it.

After the tweets alerted the masses, Chance The Rapper sat out on the second weekend of Coachella due to an illness that was not revealed at the time the tweets took place. Chance’s management later updated via Twitter that the doctors concluded that the illness was caused by a combination of the flu virus and tonsillitis and announced that the rest of his shows this week had to be cancelled. Good vibes for the Chi-town emcee!

Oh. And I have backups of just about all of those files Chauncey tried to extort for. Dummy.

Jay Z found himself in the middle of an extortion plot, earlier this week, when Chauncey Mahan, a producer and engineer who has worked with Jay from 1998 to 2002, was in possession of a large amount of Jay’s master recordings and tried to auction them and tried to receive a $100,000 “storage fee” for them. Just Blaze had a few things to say in a Twitter rant as he remembered working with Chauncey. Read the full rant here.

I doubted Joakim Noah. I was wrong. He was our team MVP . Congrats Defensive Player of the Year #DABULLS

Their perennial all-star and 2010-2011 MVP has been sidelined for the majority of the season with his second consecutive knee injury. But that hasn’t stopped the Chicago Bulls from attempting to stake their claim as one of the NBA’s elite teams. On April 21, Bulls center Joakim Noah was named Defensive Player of the Year, and known Bulls fan and sports aficionado (his ESGN moniker is a clever take on ESPN)  Freddie Gibbs simultaneously admitted his initial skepticism while applauding Noah’s work for the team.

This Slaughterhouse shit is OFFICIAL

One-fourth of Slaughterhouse Crooked I sends a reassuring tweet about the group’s upcoming album. Not that we were in doubt. If “this Slaughterhouse shit” refers to the upcoming Glass House, then we’re good to go. The album has previously been described as “edgy” and “rebellious,” and now we can add “OFFICIAL” to the list.

Praise and Blaze with Curren$y

Last Sunday marked April 20—also known as 4/20—and Hip Hop had no shortage of weed-related tweets. Among Hip Hop’s faithful stoners was Curren$y. And since 4/20 happened to fall on a Sunday, Spitta multitasked by putting some blessings and some smoke from the stickiest of the icky up in the air.

If u wanna know the truth about the beefs,Sex scandals,drug abuse pre order Unruly NOW!!! http://t.co/jJSaAfDNnt

After rumors spread that Ja Rule was releasing a cookbook, the idea of “author” in his credits didn’t seem so farfetched. He actually dispelled the cookbook rumors (which in a perfect world, were supposed to be filled with easy-to-make recipes from prison) but slid in that he was working on his memoir. The wait is now over. This week, Mr. Rule linked fans to the pre-order for his book titled Unruly: The Highs and Lows of Becoming a Man. According to Amazon, you’ll have to wait until July 1st to get your pretty hands on a hard copy of Rule’s book. For more details, click here.

.@questlove will be writing a 6-part series for us. Part 1: How Hip-Hop Failed Black America http://t.co/Bi0lFakbzp pic.twitter.com/c9sEFuLMfR

Questlove has released “When the People Cheer: How Hip Hop Failed Black America,” the first of six essays written for Vulture. In the essay, The Roots drummer says “Hip Hop has taken over Black music” and also explains his feelings on the cultural change due to the mainstreaming of the genre. “These days, nearly anything fashioned or put forth by Black people gets referred to as ‘Hip Hop,’ even when the description is a poor or pointless fit.” Read the story here.

And Now Some Enlightening Words From Lil B

I love you and your family! Im grateful to be alive today as well as you reading this, look outside and breathe, breath and life :+) – Lil B

Few can make your day through 140 characters like Lil B can. On top of splashing emotions, he gives you directions on how to live your life and be thankful. He tells you to “look outside and breath” because “breath” and “life” are the secrets to happiness. Now if he just lifted his curse on Kevin Durant then everyone (especially Oklahoma City Thunder fans) would feel the love.

RELATED: Tweets Is Watching: Top Tweets For The Week Of April 13, 2014