It’s been said that “where there is no struggle there is no strength,” and if that’s the case then this Maryland rapper, Logic, must be one of the strongest people alive. From birth he was hurled into a world of adversity and the cruel realities of drugs, poverty and racism stared right in his eyes from the very moment he would first open them. Things that could have made him weak only made him stronger, and what should have made him a mere statistic turned him into a role model for others.

By confession, Logic says his music is what kept him from “growing up and being a fuckin’ psychopath,” and today he’s able to help others realize they can make their dreams a reality too. His female fans are the ‘Bobbysoxers’ and the dudes are part of his ‘Ratt Pack’ but beyond creating a following he’s literally saving lives with his music. Although his upbringing can seem pretty dark he also told DXnext that “…life isn’t all serious and bad, it’s also fun…” and he likes to rhyme about those things as well.

Fresh at the beginning of his first sizeable tour DXnext hooked up with Logic on the phone and got into some conversation about his chaotic past, his upcoming tour with OCD Moosh & Twist and the new project he’ll be releasing this year. It won’t be shocking to find out he has big dreams and high hopes but it may be little surprising to learn about some of the things he’s already done. 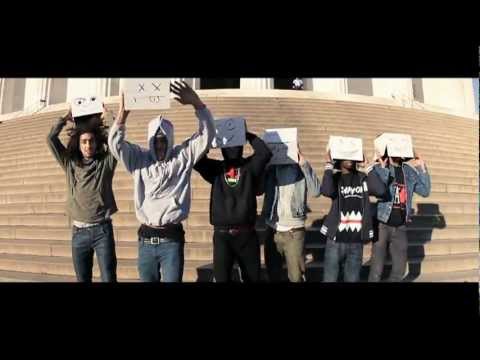 The Starting Point: “I was always rapping when I was younger but I tried to get serious when I was 15-16. When I was 16 I would write, record, produce, mix and master all my own music and I’ve just been practicing and doing my best to perfect it.”

I’m From Maryland!: “I was born here and the first time I ever left was like when I was 21 years old and I went to Austin, Texas and I went to New York and I went upstate all because of music. We’re actually categorized as the DMV and I personally do not like that term. I love [Washington] D.C. don’t get me wrong, but I’m from Maryland!”

Learning From Family Mistakes: “Music was a way to vent, not necessarily escape, but actually deal with my problems. My mother was a drug addict and an alcoholic as was my father. My mother was White, my father was Black. I was pretty much exposed to this really bad stuff that I witnessed, but I knew then it was wrong. I would see these bad things happen and instead of growing up and being a fuckin’ psychopath I knew that it wasn’t right and I should, in fact, do the opposite.”

Experience Creates Music: “My music definitely comes from experience. I talk about being broke and on welfare and food stamps and the government givin’ my mother only $132 a month to survive on, but then I talk about what I’m goin’ through right now like the come up and finally being able to see money and pay my bills…from being homeless to now having a home, from having no family to creating one for myself with the people in my circle that I call the Ratt Pack. I talk about racism and growin’ up being White and Black and experiencing it from both sides of the spectrum but looking at it in a positive light. I even talk about love and how I was with someone for 5 years and then just like that it’s over. I’ve been blessed enough to receive emails about I’ve saved lives like, ‘I was going to kill myself but I heard this. Thank you so much. If you can get through it, I can get through it.’ Just to be able to hear that it makes it all worth it, but at the same time life isn’t all serious and bad, it’s also fun and it’s fun to talk about havin’ a great time with women and just partying and havin’ a good time.”

Then, Now And What’s To Come: “At 17 years old I left home and got 2 jobs and supported myself for like two years just because I wanted to do music. Everybody in my life told me, ‘It’s not real,’ and ‘You’re not being realistic,’ but I was. A year ago nobody knew who I was, six months ago nobody knew who I was and I was not in demand. I dropped a project and now I’m touring across the country and I’m also going to be doin’ the UK soon. I know that I want the best; I want Grammy [Awards] and all these things!

Projects That  Are Already Released: “It’s funny ‘cause I have almost 1,000 songs under my belt right now and the world only has about 40 of ‘em. With Young, Broke and Infamous (December 2010) I was just on the cusp from a boy to a man and then Young Sinatra (September 2011) is that young man emerging and learning and growing as a human being.”

Album Quality Wrapped Up In A Mixtape: “I cannot tell you the title of the next project, but I have it, I know what it is and I’m excited. It’s so strategic and we’re gunna release the title in a really cool way. There’s no set release date as of now, however I can definitely say spring of 2012. It is a mixtape and it’s definitely free but I created it like it was an album.” 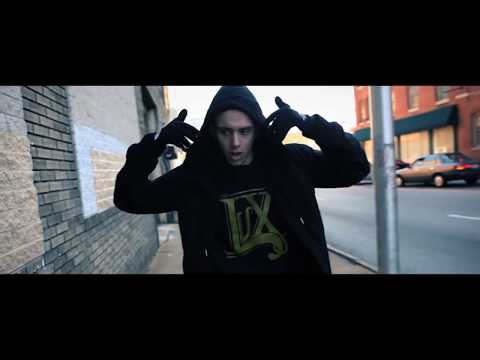 Lead Single & Video: The song ‘Young Sinatra 3’ is the epitome of Hip Hop to me. It’s just so Hip Hop and so gritty. We went to Baltimore in Maryland and just found a really dope spot to shoot the video. It’s been really good and it’s been received really well. This is definitely not the last video before the tape drops, you’ll be seein’ a couple others and you can quote me on that.

Touring: “I’m goin’ on tour through the Midwest with OCD [Moosh & Twist] and that’s gonna be really cool. After that I’m gunna be comin’ back to the east coast and I’ll be goin’ to New York, Rhode Island, [Philadelphia] and Virginia. It’s definitely really cool to be able to do what you love.”

Performances: “I’ve performed with: Wu-Tang [Clan], Ghostface Killah, Ludacris, Pitbull, Mac Miller, Big K.R.I.T., just a lot of people that I look up to and enjoy their music.  The first concert that I actually went to I was actually performing at, it’s so crazy to be able to say that right now. Wu-Tang is actually the reason that I started rapping so to be able to open up for them was incredible.”

When You’re The Only Reason They Came: “When you know there’s a house full of people just for you it’s probably one of the most incredible feelings I’ve ever felt in my life. It’s not just me, but the fact that me and my entire team have created something, a brand. I mean kids out there screamin’, like a girl screamin’ ‘I’m a bobbysoxer,’ (which is my female fans) or guys goin’ ‘Ratt Pack, Ratt Pack!’ To know that I created this in my room and it all started years ago and it’s now becoming like a household name is amazing!”

The Deal – Don’t Mention It: “Visionary Music Group is a label and Chris Zarou is the CEO; he’s also my manager. He started as my manager and said, ‘Let me show you what I can do for you,’ and I said, ‘Don’t even bring up a record deal. I don’t want to talk about that right now, you just manage me and we’ll see what we do.’ If anything me and Zarou are partners; he’s not my boss, he’s my brother. I don’t give a damn if you’re signed to Atlantic Records, G.O.O.D. Music, Def Jam, it doesn’t matter who you’re signed to but it matters who you’re working with. It doesn’t necessarily come down to a label but it comes down to someone believing in you.”