Mr. Muthafuckin eXquire doesn’t have a filter, and where some may find themselves in hot water, eXquire has been universally embraced for his blunt honesty. He has no problems speaking brashly about what he sees every time he takes a step outside his front door. With every bar and every cadence, the spirit of Brooklyn emanates from his rugged style. After years of struggling to make the “right” life decision between the average and the extraordinary, eXquire is finally committed to giving rap a serious try.

He dropped a solid debut, The Big Fat Kill in 2008. Though he only did so with intentions of it being the first and last project, eXquire found that he just couldn’t let hip hop go. In 2011, he revisited the scene, again with thoughts of giving up on rap indefinitely. When he released his sophomore tape, Lost In Translation, the industry finally took notice of the Brooklyn emcee, after a weighty cosign from the Midwest. Detroit artist Danny Brown made a comment on Twitter commending eXquire’s “Huzzah” track , and the YouTube video subsequently garnered more than 50,000 views within a few weeks. If the world wasn’t ready for eXquire before, it’s apparent that they’re ready now. And he is too- finally.

We spoke with Mr. Muthafuckin eXquire about conflicted feelings, Biggie comparisons, and why he doesn’t want to be called ‘the new’ anything. 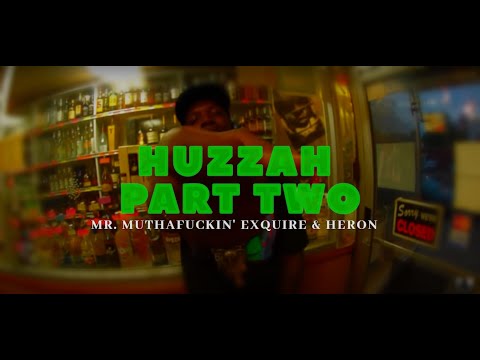 On Quitting Rap in 2008… And In 2011…: “I don’t know. It was just kinda like, ‘I’m not gon’ give up,’ I guess. I’d found something that I loved to do and it wasn’t that easy to stop. But I was like Lost In Translation was gonna be my last one. Like, ‘I’m serious this time, I’ma do this one and I ain’t gonna do no more.’ I think most artists are conflicted and going back and forth between what’s accepted and going against the grain and persuing your dreams.”

On College Life: “At that point, I really didn’t want to be in school but I just felt I owed my mother that, you know. So I kinda never really wanted to be there when I was there, I really just went to fuck with the bitches to be honest. [Laughs] But I just used to write rhymes in class if I ever went.”

His Mom’s Perspective: “My mother knew I wanted to rap since I was like 12. I never really had any other aspirations in my life outside of doing music. I never said I wanted to do anything, like, when I was a kid, I never wanted to be an astronaut or anything like that. I never had those phases. I just knew I wanted to do music. My mother’s super proud of me now though. Super proud-she loves it. She listens to all my songs. She understands them. She doesn’t like some of the shit I say but she knows I’m talented.”

Becoming A Standout In A Crowded Neighborhood: “I don’t know that I stand out as much as I might be a representation of everything that’s in my hood. I feel like when you see me and when you listen to me, you can feel what it’s like to live in Crown Heights. I rap about the dollar van and shit, I rap about the chicken spot, you know what I’m saying? I rap about all the shit that’s over here. I think I’m just the nigga who summarized it all and put it in the music, instead of just focusing on one part of being from the hood, I just talked about the whole spectrum, you know? So I think that’s what makes me stand out is that I put it all into one bubble.”

How Brooklyn Plays A Character: “Everything I do is really in respect to Brooklyn. Even the song ‘Lou Ferigno’s Mad’… That’s why I named it that. You know he’s from Brooklyn. It’s just like everything I do, in some way, revolves around Brooklyn. Just trying to let people see our culture. If you go down south, those dudes, they represent their culture you know? And I feel like New York got out of representing the culture and kinda became a caricature of itself. Like emulating what you think it should be, instead of just saying what it is now. You know what I mean? So I think I represent it well. At least I hope I do.”

On Personal Growth As A Rapper: “You have to grow as a person. I’m not gonna be the same person I am now, five years from now. It took me going through the things that I went through to become the person I am now, you know? So I’ma go through more and I’ma become somebody new, and I’ma rap about that person. But I’ll never forget where I came from and who I am now. It’s the same progression. I don’t worry about it because I’m real. I’d worry about it if I had a gimmick, ‘cause if your gimmick runs out then what do you rap about? You know what I mean? You rapped about getting shot on the first album but you ain’t rap about getting shot on the second album, you know? My music is just about my life. So as my life changes, I’ll just rap more about my life. As long as I’m breathing, I’ll have something to talk about.”

Harder Times On Wax: “There were two girls I was bouncing back and forth between actually. I rap about both of them equally though. Sometimes I rap about both of them at the same time. [Laughs] I think for the next one I’ma change it around and have something good to say. I am happier now. I’m not like, all suicidal or angry all the time and shit anymore. But I’m still angry. I still got a lot to prove. I still got a lot of people doubting me so I just have motivation all over. But it excites me to be able to talk about some other shit, you know? I never meant to profit from my pain. It wasn’t my vision [laughs]. I just kinda wanted to express myself. So I don’t think it’s gonna be the same exact shit, but trust me, it’ll be the same emotions expressed.  I’m talking about the industry now and dealing with the pressures of the game, but I’m relating it to… I mean, I don’t know, it’s just how I rhyme.”

Happier Times On Wax: “The Christmas album I feel like- it’s happy. It’s happier. [Laughs] You know what I’m saying? But whatever… The title, Merry X-Mas and Suck My Dick is happier. The title is confident. I think I look happy on the cover too. [Laughs] I made it for people who probably weren’t familiar with what I do. Lost In Translation was just a channel in what I’m capable of doing. So I just wanted to let people know that I can do other shit, but I’m still dope. Everything is not just gonna sound like that. I feel like that shit is-sonically- so much different from Lost In Translation. Even from a beat standpoint. It’s like what can I do next? I can do anything I want to do- that’s how I feel.

On Newfound Fame: “Um, nah, I’m not really comfortable with all the new attention. I mean, nothing’s weird, because ‘weird’ is just in relation to what’s ‘normal’ and what’s really ‘normal’? You know what I’m saying? But it’s just a change, like six months ago I was in a fucking parking lot, working 12 hours a day, in a blizzard, with no heater in a little box for eight dollars an hour. I was just out there, writing my rhymes all day and 10 months later I’m in fucking Rolling Stone and on MTV and all that. So it’s kinda crazy. I think I’m adjusting to it the same way anyone else who’s ‘normal’ would.”

On His Opposition To Being Helmed As What’s Next: “I don’t really pay attention. I don’t think I’ll notice when people start helming me as ‘the new nigga.’ Is that what’s happening now? [Laughs] I hope I don’t notice if it does happen like that. I wouldn’t even want to know. I can’t help it if I’m good. I can’t help it if people like it. Some people don’t like it. Some people think I’m terrible so I don’t know. I don’t think that far. I try not to.” 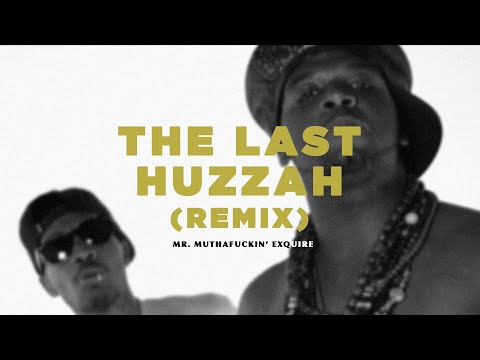 On Being Compared To Ol’ Dirty Bastard and The Notorious B.I.G.: “I like it but I don’t like it because I don’t really rap about the shit they rapped about. I think I’m wild different from them niggas but also I think what people miss is that… I’m from Brooklyn. I grew up in Brooklyn. Like I physically seen both those niggas and not a lot of people can say that they’ve physically seen [The Notorious B.I.G.] or physically seen [Ol’ Dirty Bastard]. So like, of course I’ma be somewhat like them, or remind you of them. I don’t think I’m like Biggie or O.D.B. There are a million niggas in Brooklyn that could remind of either Biggie or ODB. I just happen to be one of those niggas that rhyme. I think it’s just a natural thing. When you’re from here there’s a certain way you take to… There’s a certain way you dress, talk… You know?”