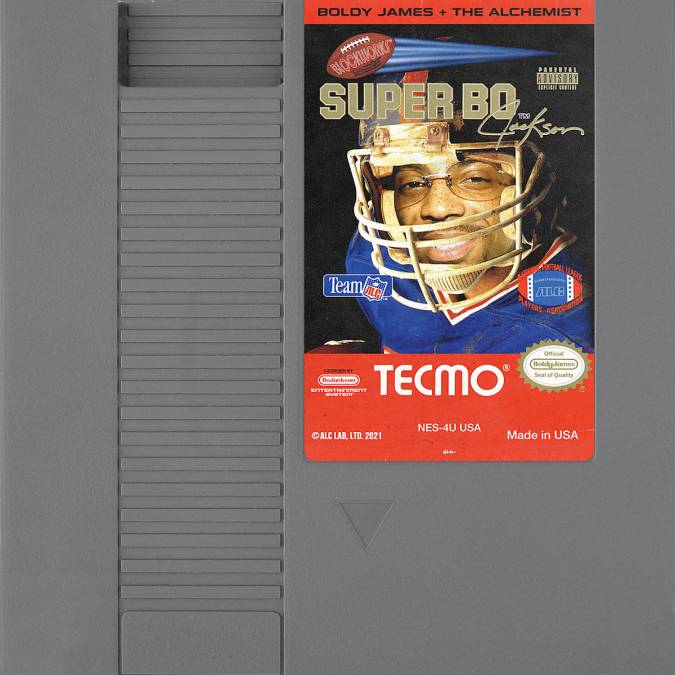 In 2020, Griselda rhymer Boldy James dropped four projects, several of which were among his best material to date. This year has been relatively quiet in comparison with only a single release, Bo Jackson (a collaboration with 2021 HipHopDX Producer of the Year Alchemist). However, the project  was no less potent in impact, ranking among the year’s best.

Having just dropped in August, and still supporting that release with the video for “Flight Risk” being released just two weeks ago, the duo re-converged (or perhaps unearthed cut material) for one last hurrah before the ball drops, Super Tecmo Bo.

The title and incredible artwork are a nod to the 1989 NES game Tecmo Super Bowl, in which Bo Jackson was virtually invincible. Comically so.

For fans of Boldy’s darker than midnight in the woods without a flashlight wordplay and intricate use of detail, there is undoubtedly some upper echelon gems present. “Moth In The Flame” sees him rhyming in his usual cool as a cucumber cadence about the atrocities of gang life with a menacing desensitized tone. 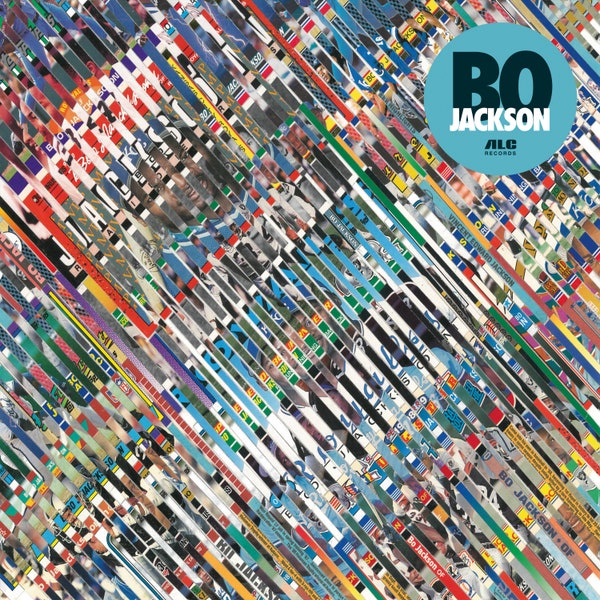 Then there’s “300 Fences,” a storytelling joint that takes him from picking up his son — who he left with his father while doing dirt — to getting into an argument with his baby mother and leading police on highspeed chase before escaping on foot. The pacing and Boldy’s flow make it an  engaging listen.

While Bo Jackson touted a lot of great guests, this project has one lone feature, bubbling L.A. rapper ICECOLDBISHOP, who drops a standout verse on “Hot Water Tank”— a clear highlight of the release. Al’s drums over the bouncy whistle sounds make this song one of the brightest moments on the tracklist, sonically speaking.

From a production standpoint, Alc shows and proves why he was chosen to rock the crown as DX’s best beatmaker of the past 365 days. He continues to expand the immense chemistry he and Boldy have together while providing soundscapes sequenced so well that they could easily play just as engaging as an instrumental-only affair.

With the first four songs on the project already appearing on the limited edition vinyl release of Bo Jackson, this album ends up feeling like a bonus disc. Albeit, that four-song sequence wasn’t available for streaming until now.

The songs are up to par but as a companion piece to a serious AOTY contender, it doesn’t measure up to the material on the original. Casual fans especially won’t find much to take home. For the hardened listeners, it’s short and sweet but there aren’t many surprises. Fans of the original will get what they came for though — 26 minutes of Boldy rapping with the spirit of Bo running over would be tacklers to paydirt.

This Boldy James “Super Tecmo Bo” tape is insane. Alchemist did what he needed to do

Boldy James got the best Christmas album I’ve ever heard with this Super Tecmo Bo.

Going back to this "Super Tecmo Bo" album! I like it more with each listen!