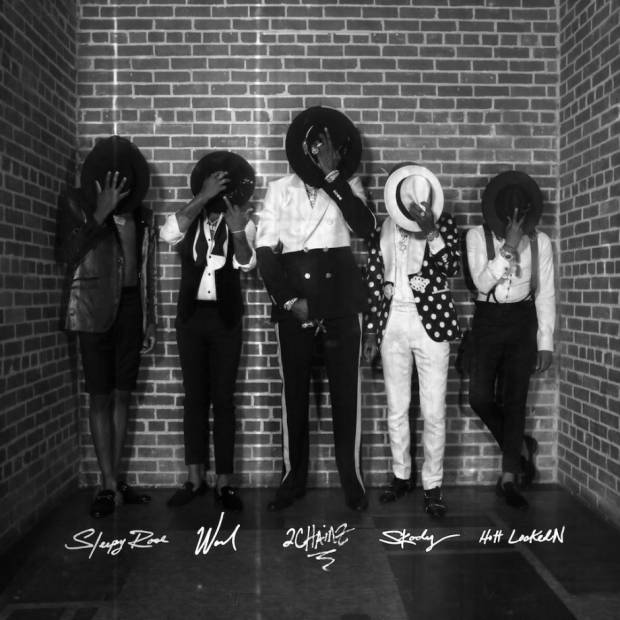 2 Chainz announced late in 2019 that his label, T.R.U., was partnering with Atlantic Records, and now the T.R.U. collective has released their debut album, No Face No Case, an energetic record laden with the sounds of traditional trap and southern soul. 2 Chainz enlisted fellow Atlanta rappers Skooly, Hott LockedN, Sleepy Rose and Worl for the project; for most of the roster, the release of No Face No Case is the artists’ first on this large of a scale.

In advance of the album, T.R.U., or The Real University, dropped several singles including the breakout track, “Virgil Discount,” which features T.R.U. boss, 2 Chainz, and the 25-year-old Skooly. The pair luxuriously rap over a catchy, but otherwise dreary beat — the flute which floats across the tinny drums quickly becomes monotonous and repetitive. Luckily, Skooly’s song-ending verse is infectious and is enough to make up for an otherwise average single.

No Face No Case is in many ways a collage of the various sounds of Atlanta Hip Hop, presented aptly through each of the individual rappers’ own unique style. These vignettes succeed to varying degrees. “Georgia,” featuring 2 Chainz and Sleepy Rose, is a love letter to Atlanta; a tale of their rags to riches journey within the city. Although endearing in its message, Sleepy Rose’s pop-style singing and lyrics come across as contrived, and 2 Chainz’s verse does little to help.

Thankfully, the highpoints on this album help immensely to balance the throwaways. “Shoot It Out,” produced by Tay Keith and Hitmaka, is an homage to traditional Atlanta trap music. With verses from 2 Chainz, Sleepy Rose, Hott LockedN and Worl, “Shoot It Out” is a raucous and belligerent trap escapade clearly inspired by their Atlanta roots. There are other songs such as “Woo,” “Pop Off,” “G-Wagon” and “New Levels, New Devils” which each feature one member of the T.R.U. collective on a solo performance. Apart from “Shoot It Out,” moments on the project when the members perform individually are the most successful. “Pop Off,” places a blissed-out Skooly in the middle of a summery beat, and the results are nothing less than joyful. Hott LockedN’s bellicose lyrics paired with the beat’s wailing horns make “G-Wagon,” one of the most enjoyable tracks on the album.

2 Chainz, though he appears on many of the songs on No Face No Case, is drastically outperformed by his proteges. Where Tity Boi sounds stale, the rest of the T.R.U. collective is ready and eager to pounce. There isn’t much cohesion on the album — unlike the more successful group projects in recent years such as Revenge of the Dreamers III and A$AP Mob’s Cozy Tapes series, the T.R.U. artists seem to compete rather than collaborate.