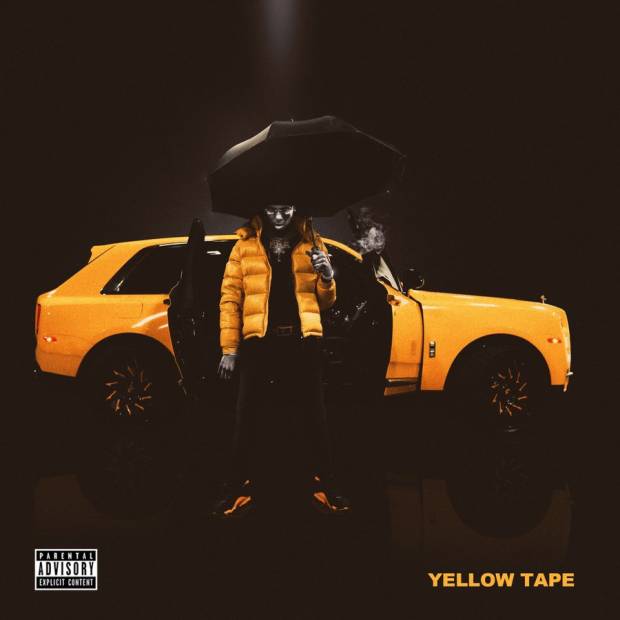 Key Glock is a hard-spitting rapper from Memphis, Tennessee with a contagious southern drawl and an undeniable desire to succeed. He began to garner attention with 2018’s Glockoma, but a year later he rose to new heights with Dum & Dummer, a collaborative album with his cousin and fellow Paper Route artist, Young Dolph. On the previous two releases, Glock showed his knack for drill-inspired trap, and flickered with promise, but never seemed to arrive at any substantial destination.

On Yellow Tape, Glock’s latest album, he breaks the boundaries which held him back in the past and emerges a more mature and decisive artist.

Yellow Tape begins with a Santana-esque guitar solo billowing across snappy drums on “1997.” A prequel of sorts, “1997” is Glock’s origin-story: a heartfelt but raucous ride through South Memphis, balanced with hardships and deserved success. “1997 I came in this world flexin’ / Yeah it was reckless in them trenches, had to make some shit happen,” Glock raps in his signature bouncing cadence. The subject matter is far more intimate than anything else we’ve seen from the 22-year-old artist. But there’s still plenty of the diamond-talk and foreign cars Glock fans have been accustomed to.

In past albums, Glock never proved to be much for singing hooks, but on songs like “What Goes Around Comes Around” and “1 of 1” he experiments with different pitches and tones, occasionally sounding like mixtape-era Gucci Mane, other times like Pimp C. But in traditional Glizock fashion, this album is hard as can be — “Fuck All Dat” and “Loaded” are bass-thumping tracks, sure to please original fans of the Memphis MC.

Production across Yellow Tape is diverse and admirably consistent. BandPlay holds the majority of production credits on the 16-track, creating a strong sense of cohesion across the project. Even when other producers like Kenny Beats and LDG Beats hop on the track, the disruption is a welcome occurrence and provides a needed intermission. Glock does his best to rap with different flows in varying tempos, but he still occasionally falls into a monotonous sound on several songs. The lack of features is impressive, but the project would have benefited from a properly situated guest appearance.

Yellow Tape, despite its occasional ubiquity, is a step in the right direction for Glock. The rapper has continuously gotten better with each release, and Yellow Tape proves that he’s at the forefront of the Memphis renaissance.