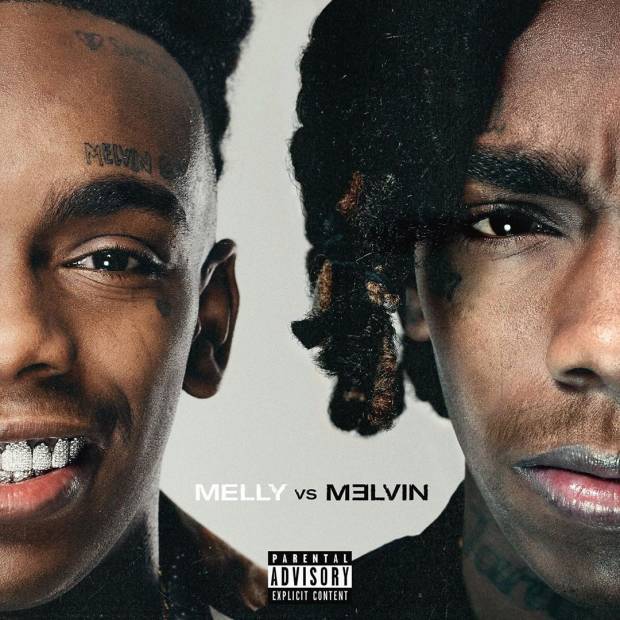 YNW Melly’s career thus far has been equal parts turbulent and trendy. The 20-year-old burst onto the mainstream radar with his somber ballad of matter-of-fact street sin and death on 2017’s “Murder on My Mind” followed by being afforded the chance to collaborate with Kanye West on the melodic smash hit “Mixed Personalities,” the lead single to his breakout mixtape in early 2019, We All Shine.

The inconsistent, but fun project featured a mix of bright harmonies slathered in grit and soulful love-sick ballads showing glimpses of his burgeoning talent. But soon after the success of the mixtape, the Florida rapper was detained and charged with the double murder of two fellow YNW members. Melly has pleaded not guilty to this charge.

As the currently incarcerated crooner awaits his murder trial, new music is still coming from his camp. His profile continues to grow since being sent to jail with features on projects by Lil Keed, Tee Grizzley, and Trippie Redd. His younger brother, YNW BSlime, also released his debut mixtape back in November, which Melly featured on. Now, the singer has dropped his debut album Melly Vs. Melvin, a slog of trap wails evenly bland and unpleasant to the ears.

Opening with “Two-Face” backed by basic, overused trap beats, the song is solely dependent on Melly’s vocals and writing. Neither shines through. His disjointed pen tries to detail his self-identified different personalities, but regularly gets sidetracked. The off-key vocals border on warranting using the skip button when he enters this upper register of a pitch-shifted Young Thug impersonator.

Regularly, the songs come off as a low effort freestyle recorded by a kid who just learned about vocal effects, ranging from drowning autotuned slurring on “Stay Up” to the vocal inflection of a goat being slaughtered on “I Ain’t Lying.”

But the biggest crime is the expendability of this album. Tracks as mundane as “Adam Sandler,” “Killuminati” and “100K” make Melly something he’s never been — dull.

The results end up more favorable when he dials back the croons in favor of coherent singing, such as on the cutting ballad of heartbreak “Suicidal” or reflective prayer for guidance “Waitin On You.”

The same success also manifests when he sounds like he’s having fun on “Bang Bang” a brightly-coated serving of sweet pop-rap with trap overtones or on “223’s” where he shows an ability to craft catchy melodies and hooks.

However, a few high points don’t save this release from a disposable existence. The complexity of his real-life rarely comes out in his music. It’s a collection of retread sounds listeners have heard before, except at times performed to drunken karaoke levels of poor.

It’s quite disappointing, as his last release had more than a few rotation-worthy cuts. The project may have been better if Melly could have finished this material in person and fully in a studio, but we’ll never know if that’s the case.

As it stands though, the uninspired and indistinct assembly of rough ideas ends up being a major misfire in his discography.