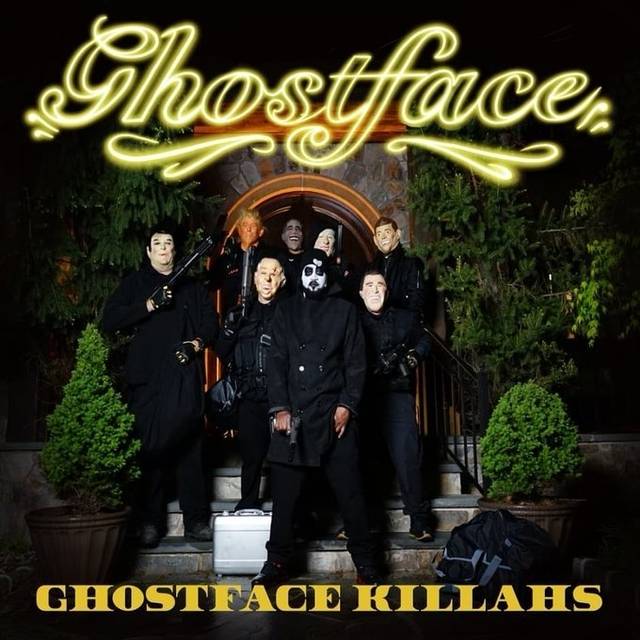 Decades of dominance. Such a phrase can be firmly etched onto Ghostface Killah’s tombstone when it’s all said and done and would forever ring true.

Despite the documented (and undocumented) rifts between the multiple personalities found within the Wu-Tang Clan, nearly all of Ghostface’s contributions have resulted in some kind of fanfare.

His latest — the humorously titled Ghostface Killahs — serves as his 13th studio album and yet another win for both the Wallabee Champ and the Clan as a whole with its fairly strong concept storyline. The solid offering crash lands into CD players when the Clan is enjoying a bit of resurgence thanks to TV shows and engrossing a documentary.

Packed with sticky blaxploitation hymns and seedy topics galore, Ghostface Killahs often ignites humor but does show Tony Starks’ sword has dulled a bit over the years. Noticeably missing is the razor-sharp Dolemite outbursts from his formidable years.

A smooth number like “Flex” actually humanizes Dennis Cole as his beat-riding and unfocused lyrics (“Them Caribbean seminars, he flashy like menopause/Bet you get hit with the best shot like Pat Benatar”) come off as forgettable in spite of all their animated glory. And the overall creativity takes a dip on “Waffles & Ice Cream,” as Ghost and Cappadonna go half on an “Ice Cream” sequel no one asked for.

The hard-knock singalong “Party Over Here” fares much better on the catchy tip, as does the reggae-dipped closer “Soursop,” which features a stellar Masta Killa performance. The song will make Wu heads recall the magic heard on 2000’s infectious “One Blood.”

While the imperfections do exist, there’s still plenty of GFK greatness to indulge in. The album is peppered with ominous news broadcasts warning of various capers and heists that neatly tie-in with the material. On “The Chase,” Ghost and Sun God engage in some father-son bonding time as they evade the jakes in hyper fashion. Cappadona has a better cameo on the banging “Me Denny & Darryl” (as does Method Man) and the grungy guitar that permeates “Burner to Burner” reeks of vintage Ghostface.

Best described as padding for the discog, Ghostface Killahs won’t shake up the current Hip Hop ecosystem but does offer a gritty detour down those commercial highways. But longtime fans could argue the project is his strongest since 2006’s Fishscale.

Do remember, Ghostface does have decades of masterful work under his championship belt.