Review: Joell Ortiz's ”Monday” Is A Full Week's Worth Of Bars 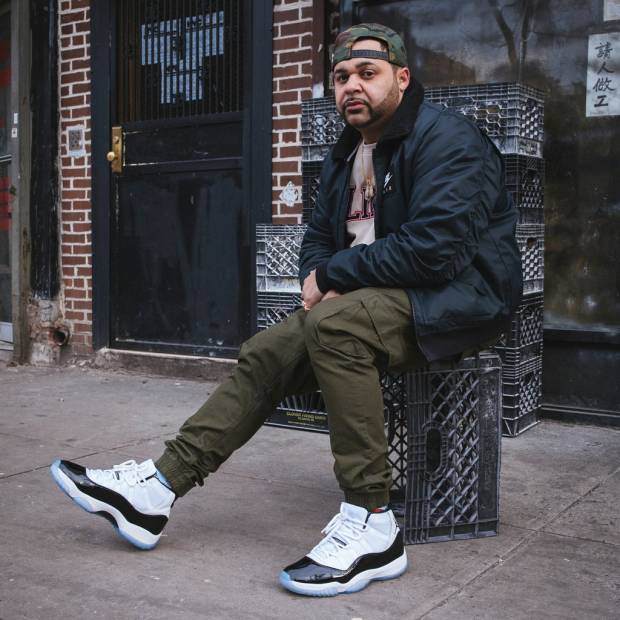 There is something incredibly beautiful about watching Hip Hop mature. However, artists don’t always embrace their longevity in the same way. Mainstream is a young man’s game, and for some looking to stay relevant, it’s tempting to attempt to keep up, so to speak.

Upper echelon wordsmith Joell Ortiz is not one of those artists.

His previous release, Mona Lisa, was an eloquent slice of realism, accepting that he himself had undoubtedly reached his commercial peak, and no longer clung to dreams of the ”next level.” Though that was far from giving up, but rather a rejection of making music for any other reason than the love of what he’s doing.

His latest release, Monday, is a continuation of this mantra; with only brief refrains from heartfelt tracks amid incredible production from the likes of J.U.S.T.I.C.E. League, Nottz, Big K.R.I.T. and Heatmakerz.

Some of the most insightful gems are “Learn You” — a letter to his teenaged children, whom he admittedly neglected in his earlier days — and the emotionally charged “Momma.” There’s also “Anxiety, another personal track, revealing his battle with anxiety with the chorus detailing a debilitating panic attack.

There is a bit of a contradiction. Though he seems to not be concerned with opinions — as he is obviously living much better than most of us (see “Grammy”) — he does try to reinforce it quite a bit. Also, “Screens,” although really tastefully done, feels like an obligatory old head rant, as does harping on how much better he is than the current crop of ”mumble rappers.”

To his credit (with a skillset and track record like his), watching a new breed of artists whose bars take a back seat to charisma hit heights he wasn’t able to grasp would be frustrating.

Still, this album is well balanced, sequenced beautifully and packed with enough depth to warrant really sitting with it for multiple listens. As evidenced by the song “Captain,” in which he sympathizes and relates to artists one step away from a breakthrough who hang it up, his career is far from over.

As he notes, Hip Hop is like that one girl he can’t quit. For our sake, let’s hope he holds fast to that passion.