Review: Trippie Redd’s "!" Is An Obvious Attempt At Crossover Clout 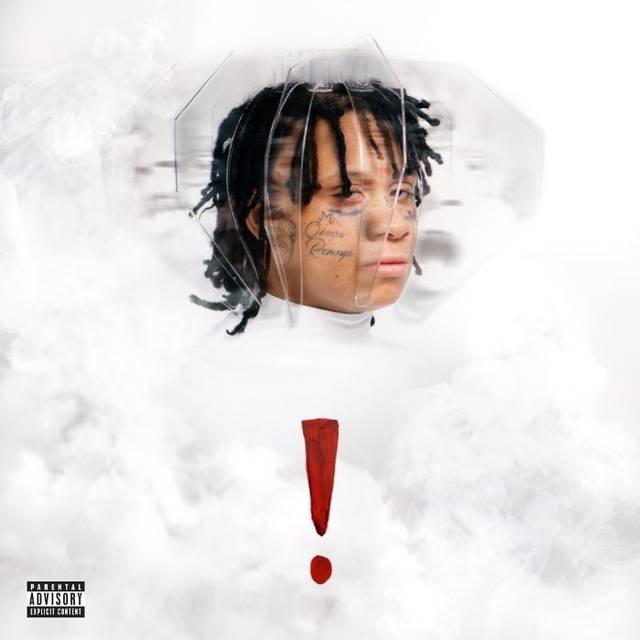 It doesn’t take a Hip Hop scholar to realize Trippie Redd has developed a considerable amount of musical range over his short yet spirited career. His earlier works like 2017’s “POLES1469” and “Love Scars” were obviously drenched in trap rap tones but on the latter especially, Trippie showed underlying harmonies. As his A Love Letter To You mixtapes series progressed and he dropped his 2018 debut Life’s A Trip album, those harmonies began to heavily outweigh the haymaker punchlines.

Now, on his sophomore offering ! Trippie goes full turbo down the highway of hip-POP hits – with a few speed bumps along the way.

It takes the Ohio native all of eight seconds to get right into the album’s boldest pop effort. It’s this title track “!” that not only sets the tone for the remaining 36 minutes but rings off like a Diplo-produced festival anthem should. “Diplo-produced festival anthem” would normally be a harsh critique for most of today’s pop-pandering rap artists but Trippie pulls it off almost to perfection with clever-enough songwriting and the beat which washes over the ears like a splash of Molly water.

While this exciting pop crossover attempt is like a pleasantly colorful trip, part of this newly harnessed musical range also includes the depressing hangover that follows any dazzling journey. “I Try” is the piano-driven, self-deprecating that deals with Trippie’s explicit vulnerabilities: “All in my head, I’m thinking/Dealing with these thoughts, tryna focus on breathing/How you gon’ give up? You’re not even trying, trying”.

With Trippie dishing out bars like this it can be hard to determine what’s genuine and what is simply a stab at the popular sad boy aesthetic. Fans will naturally deem him a modern-day Nicholas Sparks because of songs like these and sure, he’s not afraid to get emotionally available but “Throw It Away” is an example of love song gone wrong. The guitar/808 drum combo is messy and the variance in Auto-Tune pitching is tonally confusing. It doesn’t happen often on this project but skips like this (“RIOT” is also a chaotic croon) rear their cringy heads and render the album less than perfect.

But for every flubbed emo deep cut on ! there is a surprisingly well-orchestrated ballad – like the acoustic “Keep Your Head Up” which sounds like a reinvigorated attempt at Lil Wayne’s acoustic ballad “How To Love” (who he also pays homage to with two minute track “Lil Wayne”). Not to mention his actual rap skills, which remain intact despite not being used to their maximum potential and can be seen in full flex on Game-assisted “Immortal.”

And for those who are looking for that old Trippie, that “Dark Knight Dummo” Trippie, need look no further than the boisterous “Mac 10” featuring Lil Baby and Lil Duke.

The majority of the album’s best songs put Trippie’s Auto-Tune on ice while mixing sentimental choruses with predictably vulgar teenage views of the fairer sex. The dichotomy might deter those looking for creative consistency but just like Trippie’s ever-changing face tats and dread color, erratic energy is encouraged.

Although those untargeted croons and messy arrangements don’t allow ! to be a perfect album nor Trippie’s best work, the album is definitely worth a stream for listeners already sold on today’s genre-bending landscape.