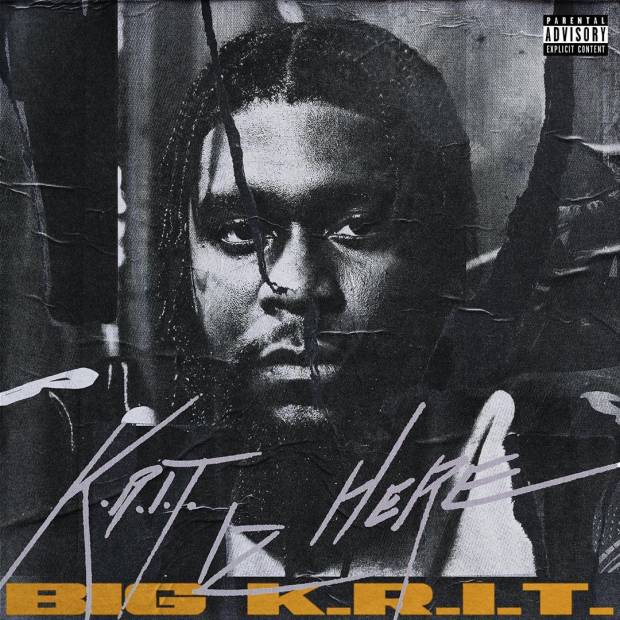 Two years ago, when Big K.R.I.T. came out with his epic double album 4eva Is a Mighty Long Time, he was lauded for his ambition and craft.

His new album, K.R.I.T. IZ HERE, a sequel to his successful 2010 albumixtape K.R.I.T. Wuz Here, lacks the same sense of urgency or gusto.

Having already made a definitive artistic statement, K.R.I.T. is resting on his laurels. Even if it meanders a bit, that doesn’t mean K.R.I.T. IZ HERE is a misfire; there are plenty of moments that speak to the rapper’s talents and show that he has potential to accomplish more.

The album starts off with “K.R.I.T. HERE,” a lavish track comprised of soul samples and lush instrumentals. K.R.I.T. sounds as confident as ever; rapping like he’s leading a homecoming marching band. None of the subsequent eighteen tracks match the intro’s level of relentless, dynamic energy. And for the most part, K.R.I.T. IZ HERE’s first third is much more refined.

“I Been Waitin” is riveting in its simplicity, while “Make It Easy” finds the Mississippi rapper illustrating his joy and happiness over warm, textured production. “Addiction,” featuring Saweetie and Lil Wayne, is a radio-friendly banger that weaves together the themes of substance abuse and sexuality. Weezy packs his verse with his signature brand of clever innuendo: “She asked me why is my drink so pink/ I said, ‘Lean on me, lean on me’/ Mix the codeine like Creatine/ I’m her addiction and she a fiend.”

After “Energy,” the king remembered in time loses his footing and the project’s quality ebbs and flows. The album’s winning streak comes to a close with “Obvious,” a dreary track that has Rico Love singing a corny R&B chorus. Despite both artists’ efforts, the song fails to be sensual or romantic and just comes off as trite. K.R.I.T. delivers some of the most cringeworthy bars of his last few years when he tries to address how he wants to change for his lover: “Maybe do yoga, bend over backwards, forward our chapter/ Go back to college, get me a master’s, no longer a bachelor.” Another low-point is the J. Cole-assisted “Prove It,” a song that gets bogged down by incongruity between their respective verses.

Besides these misfires, K.R.I.T. delivers knock-out performances on “Believe,” “Family Matters,” and “M.I.S.S.I.S.S.I.P.P.I.” Although he’s mostly content with clinging to formulas, there are a few interesting stabs at experimentation. “Learned From Texas” emulates Houston’s signature chopped and screwed style and “Blue Flame Ballet” paints a cinematic portrait of a night at the strip club with its abstract production and experimental soul vocals.

K.R.I.T. IZ HERE is neither a career-defining album nor a complete flop. Instead of building off the creative momentum of 4eva Is a Mighty Long Time, K.R.I.T. is on auto-pilot.