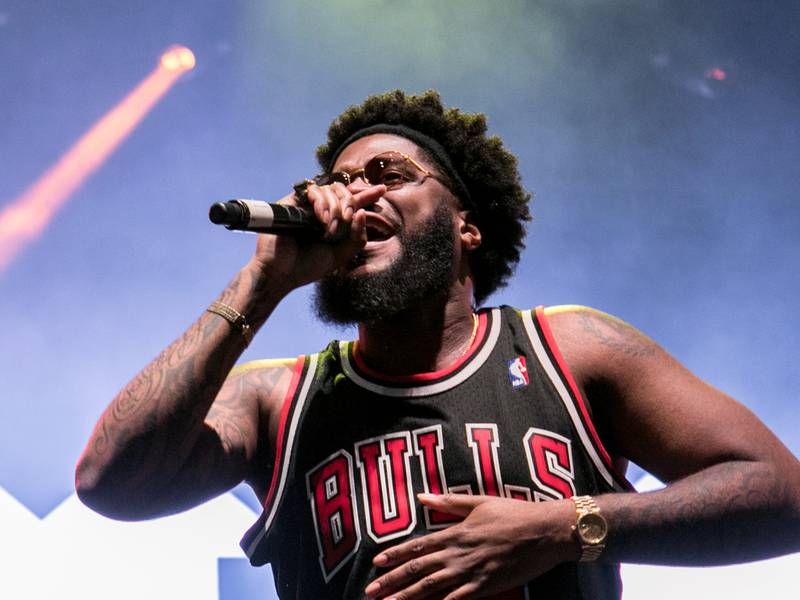 Big K.R.I.T. has released his new album K.R.I.T. Iz Here, which arrives a little over nine years after he dropped his breakthrough mixtape K.R.I.T. Wuz Here. The project is his second studio LP since leaving Def Jam and becoming an independent artist again.

[This post has been updated. The following was originally published on June 24, 2019.]

The July 12 release date for Big K.R.I.T.’s new album K.R.I.T. Iz Here is quickly approaching, so the rollout is in full effect. The Multi Alumni founder has shared the tracklist for his LP and dropped a new single, “Addiction” featuring Lil Wayne and Saweetie.

[This post has been updated. The following was originally published on June 6, 2019.]

Big K.R.I.T. has unveiled the release date for his next LP. The Mississippi native announced his new album K.R.I.T. Iz Here will drop on July 12.

K.R.I.T. Iz Here will be the Multi Alumni MC’s first album since his double LP 4eva Is a Mighty Long Time, which was released in 2017. The project also marks his follow-up to a series of EPs that dropped late last year, which he later compiled into a compilation titled TDT.

Check out the cover art for K.R.I.T. Iz Here below.