Review: Big K.R.I.T. Doubles Down To 1-Up Competition On "4eva Is A Mighty Long Time" 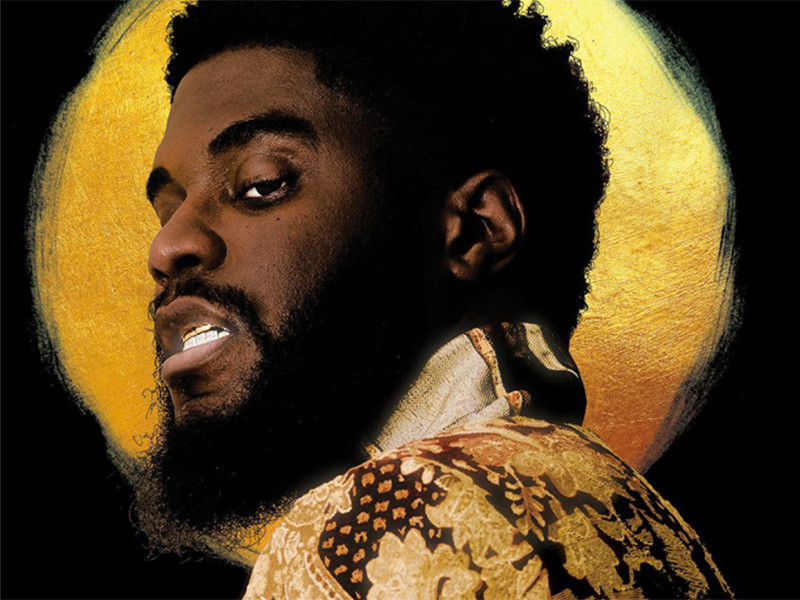 Back in the early 2010s, Big K.R.I.T. was on a short list of MCs to bear the flag for rap’s Millennial generation. Alongside him were Kendrick Lamar, J. Cole, and, of course, Drake. While the King Remembered In Time has consistently put out strong music (including the classic Returnof4eva), he hasn’t reached the level of success and impact that has been enjoyed by Kendrick, Jermaine and Aubrey. However, with his new album, 4eva Is a Mighty Long Time, Justin Scott has accomplished what his aforementioned peers have yet to achieve — or attempt: crafting a sonically-rich, thematically-sound, and thoroughly enjoyable double album.

The key pillars to creating an outstanding double album are maintaining a balancing between cohesion and variation, bright guest spots, minimal filler, and a statement of the artist. 4eva Is a Mighty Long Time contains all five, most importantly an undeniable declaration of K.R.I.T. as a mainstay in Hip Hop and one of the greats of his generation. The project is divided into two LPs, one themed “Big K.R.I.T.” and the other “Justin Scott.” The dual-personality concept is nothing new, even for a full album (see: T.I. Vs. T.I.P.) but K.R.I.T. pours such conviction to strip the ordinary theme of gimmicks.

Indeed, from the first few bars of the opener, “Big K.R.I.T. (Intro),” he raps like a man possessed. “On the south side I was country born, came bumpin’ out the system, fuck if they don’t listen/Came a long way from niggas throwin’ CDs out the window like I made a Frisbee,” he spits hungrily. His flow is buttery and his delivery is crisp, especially on the T.I.-assisted “Big Bank,” which is turnt enough for listeners to lose their shit at their niece’s Christening. One outlier is “Confetti,” on which K.R.I.T. mars an ominous yet powerful soundbed with a flow that is too stop-n-go for his smooth style.

K.R.I.T. displays an admirable focus on the album’s dual thematic elements. The “Big K.R.I.T.” side showcases twangy, southern-fried production. The funked-up “Get Up 2 Come Down” features an impressive turn from CeeLo Green and is backed by horns possessed with the funk. The haunting beat of “Ride Wit Me” looms like a solar eclipse over Bun B’s forceful bars and Pimp C’s ominous hook. The “Justin Scott” side features more elegant music fit for his forward-thinking mind. Head straight to the bar’s top shelf for the most shining example with “Drinking Sessions,” as drawn-out horns and melancholy keys underscore K.R.I.T.’s lamentations. “Shit been fucked up, ‘cause they don’t talk about Christ/Everybody tryin’ to die young, but who gon’ talk about life?” he wonders, the pain in his voice palpable. The first LP is an infectious 10-toes-down affair, but it’s in these moments, when Justin Scott steps out of the candy-painted car and heads to the altar, that 4eva Is a Mighty Long Time is most compelling.

There are a few times when K.R.I.T. eases up his urgency, resulting in missteps. “Layup” features a tired hook about a carefree day that looks “like a layup, layup, layup” and adds zero depth to the “Big K.R.I.T.” side. Justin Scott’s “Mixed Messages” is an admirable attempt to convey his own hypocrisies, but is too on the nose for a project that already explores these dualities with its two LPs. Also, with the mounds of material already in his catalog, K.R.I.T. doesn’t offer us anything new per se but still manages to fire off a fitting introduction for those who unfamiliar with his cerebral brand of country shit.

No, the LP isn’t “K.R.I.T. for Dummies” nor will it win over fans who aren’t convinced all double albums are measures of overkill. But it does highlight Justin Scott and Big K.R.I.T. in their truest essence; spiritual, witty, and loyal to Mississippi, with overly soulful, southern production. Thanks to 4eva Is a Mighty Long Time, Justin Scott has once and for all ensured that his musical legacy is worth remembering.