Review: Jaden Smith's Ambition Gets The Best Of Him On "ERYS" 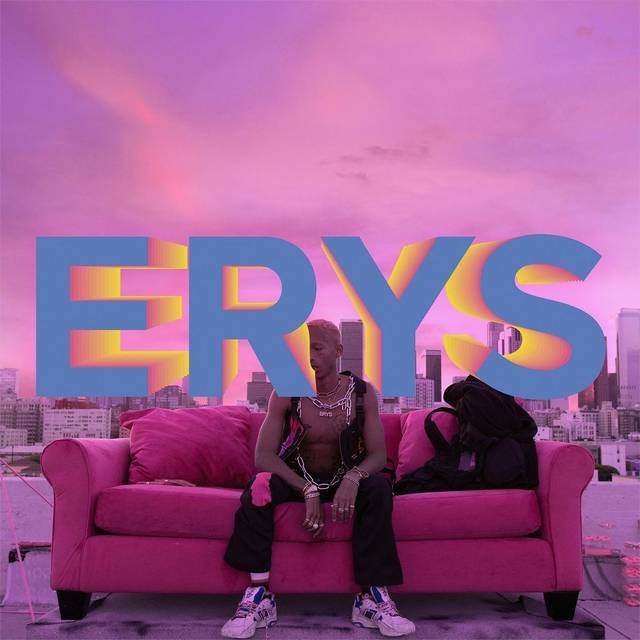 The world of Jaden is a sprawling, magical, and entirely Byzantine place. This much was apparent on 2017’s SYRE, an extravagant theater production disguised as a debut album. As the first full-length project in the young creative’s catalog, it was an exciting body of work, with heaps of ambition and an expansive storyline that stretched far beyond its 70-minute run-time.

Two years later, however, that promising start feels more like the extent of his musical talents, after the release of his underwhelming follow-up titled ERYS.

Leading up to ERYS’ long-awaited release, Jaden declared his intention to sharpen the album with a harder edge, shedding light into the chaotic leader of the city rather than the boy who “chased the sunset until it killed him.” There’s certainly a shift in the balance between his anarchist raps and existential crooning, but it’s shorter than the bright pink buzzcut he sports on the cover. Instead, much of the album depends on the same overbearing vocal effects as SYRE, drowning his bland lyrics in enough saccharine condiments to make it appetizing.

“Mission” is one such misfire, featuring a tired flow and weak barbs like “I will never be an XL Freshman /Man they look at me and know that I’m the freshest.” The penultimate track “Riot” is anything but, dragging to the finish line with a lazy guitar build-up and equally lackluster verses. “Pain” starts off strong with its low-stakes trap beat, until a beat change that arrives before the halfway point robs all momentum, sputtering for the next four minutes.

ERYS isn’t a terrible album, but it’s unreasonably high aspirations prove to be its biggest downfall. Songs are flung into oblivion in favor of unnecessary beat switches; lengthy build-ups crumble into uninspiring climaxes; various interludes clog up the tracklist and prohibit a smooth flow. Overall, the sonics that prop him up are good enough to give the album most of its redeeming qualities, but it’s impossible not to wonder what a more competent artist could have done with the intricate production.

“On My Own” is the best track on the album and one of the best of Jaden’s career, but most of the praise belongs to Kid Cudi, who floats beautifully on the chorus before handing the mic to his less compelling, less vocally-gifted sidekick. After the drowsiness of “Pain,” A$AP Rocky’s mere presence at the beginning of “Chateau” is a much-needed jolt, reviving the album as it finally begins to near it’s drawn-out conclusion.

There are other salvageable moments on ERYS, to be fair. “K” is the rare instance where his three-songs-in-one approach works, with its dreamy introduction setting a pensive mood before it rolls along to a razor sharp finish (literally, the last beat is made from the buzz of an electric razor). The rose-colored soundstage on “Summertime in Paris” is a standout, as his sister Willow providing a gorgeous contrast on the third verse. “Blackout” finds Jaden at his most emotionally cutting, blasting through the speakers with a thunderous chorus as he pours out his heart to his unrequited love.

Outside of the music, Jaden’s been putting his platform to good use, utilizing his innovative spirit to provide clean water to Flint and feed vegan food to the homeless on Skid Row. On ERYS, he’s bursting with just as many ideas, but is far less equipped to truly realize them.

On the surface, it’s an overwhelmingly average album, and if you were to strip away all the unnecessary intermissions and segue ways, it’d probably venture into plus territory. As it is, however, it’s a futuristic skyscraper of an album that lacks the foundation to keep from collapsing, and the more you buy into his staggering concept, the more likely you are to come away disappointed.