Review: Wifisfuneral Steps Up His Game On “Ethernet 2” EP 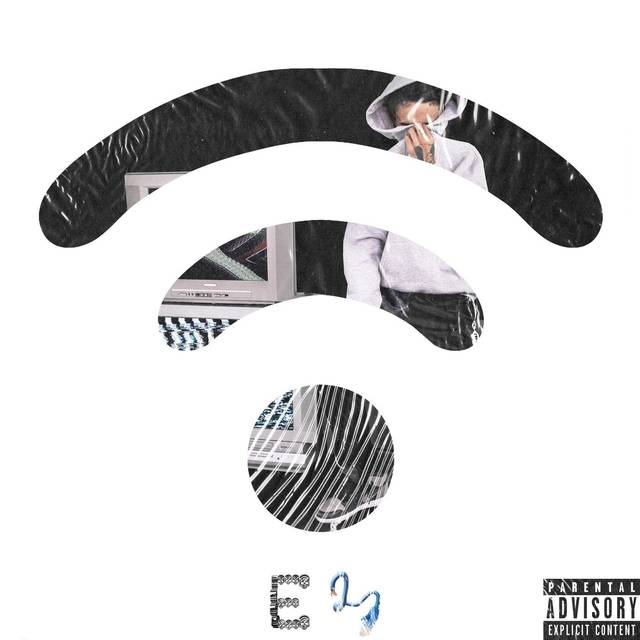 Time will tell whether the Soundcloud emo-rap craze of the late 2010s had a lasting impact on Hip Hop. But for now, there are a handful of rappers still going at it and trying to breathe new life into the same grab-bag of nihilist tropes. For the past few years, Florida rapper Wifisfuneral has been cruising on auto-pilot and sticking to the same numbing formula.

On his new EP Ethernet 2, the sequel to last year’s Ethernet, he takes a stab at new sounds while also delivering his signature depressing, moody music. Despite being uneven and sonically inconsistent, there’s a refreshing sense that this time around, he’s putting in a little bit more effort.

Ethernet 2 starts off with “Run?,” a decent intro with some pleasant, danceable production. Wifisfuneral revisits familiar topics, discussing how he’s still troubled by his past and overcoming personal struggles. Atop bouncy synths, he serves up some introspection: “Hold up, look at my life like “What’s the purpose?”/ Thought when I made some bands that this shit would’ve turned out perfect/ When I still look in the mirror like fuck I still feel worthless.”

The first half of Ethernet 2 is solid with Wifisfuneral sounding confident and assured in his abilities; he even trades self-deprecation for braggadocio. On “eggs,” he threatens haters who try to mess with his crew. The short and breezy track has a catchy groove, making it the catchiest song on the entire project.

But much of the EP still abides by the rules of emo rap: nonchalant bars about drug abuse, woes, and death. “When it’s all said & done” and “NO TRUST” have the rapper perfecting his unique style. With relaxed, gentle production courtesy of GRiMM Doza, “When it’s all said & done” stands out as a fully realized vision. The Florida rapper opens up about how he’s prepared for death in the honest bars: “If death is my only option I’m like “fuck it, I’m Rocky”/ God knocked me off my high horse/ High of course and my vocal point/ Pour a pint of my opioid at my grave doing backflips.” On the other hand, “NO TRUST” is an abrasive banger with Wifisfuneral sounding cocky over a thrilling, distorted beat.

Unfortunately, the last few three tracks have the emo rapper succumbing to laziness and using the well-worn cliches that made his earlier work so lackluster. “WYA pt. 2,” the most pop-oriented track, is cheesy and grating with lyrics that could have been copy-and-pasted from any Soundcloud project — “I just popped a Xan, can’t think about you/ Cuttin’ on my wrist in the booth.” And though the beat is solid, “I really hate pills” offers the same old druggy lyrics without offering anything new.

Overall, Ethernet 2 has Wifisfuneral both evolving and backpedaling. Hopefully, he’s just playing around on this low-stakes project to see what sticks.