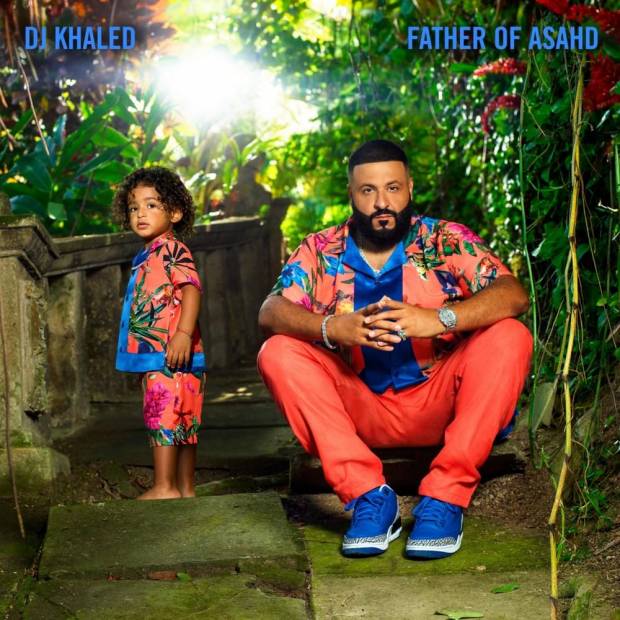 Simply put, DJ Khaled has been orchestrating the same album since his 2006 debut Listennn… the Album. Whether it’s the glitzy hit single with a poppy chorus or the gangsta-turnt-gentleman R&B with about six crooners, Mr. We The Best has become a master chef at operating Hip Hop’s ultimate cookie cutting machine.

Unsurprisingly, thanks to the build-up we just gave you, his eleventh studio album Father of Asahd is no exception.

Before the midnight release on May 17th, Father of Asahd looked to be a change of pace for Khaled with the top-secret rollout (or lack thereof). In lieu of a hit-single onslaught months before the album dropped, Khaled opted to drop everything all at once. But this alternative rollout doesn’t make up for the fact that the album is boring to its core and beyond predictable.

In attempts to “own the summer,” Khaled hops on the first thing smoking to the Caribbean for album intro “Holy Mountain” which is a semi-slapping Jamrock jamboree featuring Buju Banton, Sizzla and Mavado. Things quickly move into Cardi B and 21 Savage’s “Wish Wish,” which also goes fairly hard thanks to the Kulture’s mom’s hardbody energy and Tay Keith’s snapping instrumentation. It’s too bad that pair of opening tracks give an inflated sense of false hope for the remaining 13 songs, which are largely mind-numbing.

There’s “Jealous” (with Chris Brown, Big Sean and Lil Wayne), which is a nearly identical musical litter of all-star dysfunction as the previously released pop-tart “No Brainer” (also slapped on the album to skew the analytics).

Not only are the song structures disappointingly formulaic but the samples picked for the project rank as some of the laziest in recent Hip Hop Years. “Freak N You” is simply the finale of Jodeci’s “Freek’n You” pitched up. And “Just Us” finds SZA singing about who-knows-what atop Outkast’s “Ms. Jackson” instrumental verbatim … with maybe a slightly heavier clap every four bars.

The break from the force-fed hits and the lazy samples only reveals more uninspired “deep” cuts that won’t even be remembered at the end of the month. “You Stay” and “Celebrate” are examples of tracks that grossly glue together in the grand scheme of the album.

In spite of the assault of expectedness on Father of Asahd, there are a few moments that save it from being a total waste of streaming time. Due to the unfortunate circumstances, “Higher” now serves as a hauntingly grandiose Nipsey Hussle tribute, complete with a strong chorus from John Legend that makes for a stronger message in light of the tragedy. Big Sean’s performance on “Thank You” also earns buckets as he mirrors Nipsey’s empowering energy and translates it into an astute 48-bar emotional release like, “And I’m right here, right now, how could I not give thanks/Feel my pain, I paint these pics, I spill this paint/I miss my dogs, I spill this drink/I pray that all your growing pains turn gold champagne.”

Funny enough, it’s these more emotionally invested tracks without a laundry list of guests that prove to really be the best.

These gems come and go too quickly almost like a Khaled ad-lib in the wind. And even though Asahd’s daddy has the pop audience checking for him, he will eventually have to flip the script on his unoriginal albums or his gang of famous friends may become as bored as the listeners.