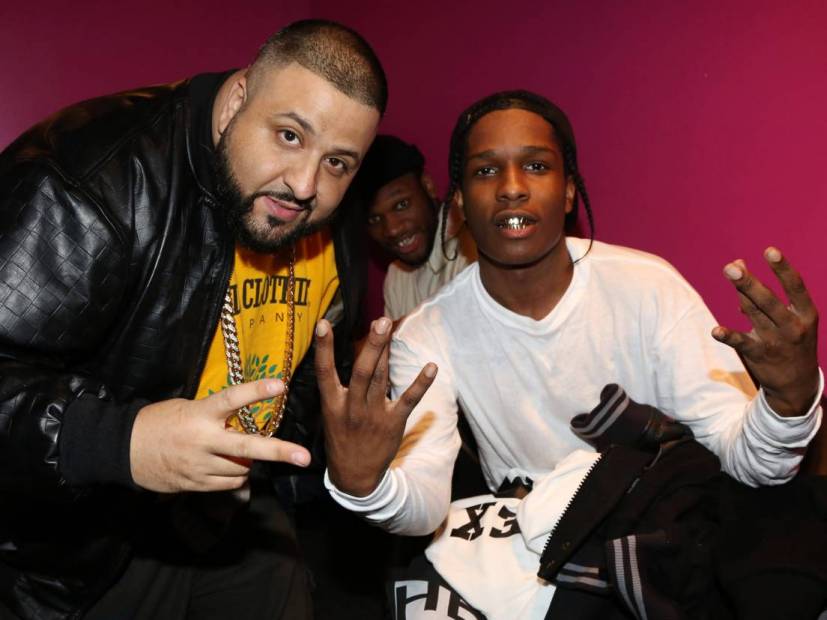 DJ Khaled a.k.a. Mr. Major Key is 10 albums deep and is tirelessly preparing his 11th LP, Father of Asahd — which, should it feature the usual suspects like Drake, Chris Brown and Nicki Minaj, would surprise no one.

However, some major artists that have seemingly slipped through the cracks and never gotten their chance to lay a verse on a high-profile We The Best release.

Below are 10 superstars who still have yet to utitlize their Major Key.

Embed from Getty Images
The A$AP Mob frontman has surprisingly never been on a Khaled record despite being a top tier rapper since that latter half of 2012 (Khaled has put out five albums since then). Rocky has time and time again shown his ability to rap a killer 16 bars as well knocking club anthems. Perhaps they never got the timing right or perhaps Rocky’s newest psychedelic trip-hop experimentation was what broke Khaled’s usual mold.

Along with Rocky, Ferg is another member of the Mob that has also never been featured on a Khaled track. Ferg didn’t pop as early as Rocky did but since 2013/2014 Ferg has proven his hitmaking aptitudes. There are in fact some posse cuts of Ferg’s that could rival the club bangers Khaled has out forward over the past few years. “Work (Remix)” has the potential to rival any Khaled anthem in the zeitgeist of modern rap hits.

The Bud Light bad boy has yet to be on a Khaled song despite being the co-headliner for Khaled’s Days of Summer cruise happening this upcoming summer. Khaled has only put out two albums since Post has really exploded onto the mainstream but Post’s recent radio success and gargantuan hits are nothing short of Khaled’s wet dream. Plus, Khaled and Post have been seen together in what look to be behind-the-scenes pics from a potential video shoot which likely means Father of Asahd will feature the rockstar himself.

Khaled has never shied away from using legends of the game on his albums including JAY-Z, Nas and Scarface. He has used to them across a variety of tracks that either mix the old and newer generations or as tribute cuts to Hip Hop itself (see “Hip Hop” from 2012’s Kiss The Ring). But he has never once employed Eminem’s arsenal of lyrical miracles to bookend a RAP rap deep cut. Looking back to Khaled’s catalog and the assortment of purely rap tracks he’s orchestrated, a scorching Em verse would have made “Holy Key” with Kendrick, Big Sean and Betty Wright an absolute show stopper.

Lil Uzi Vert might be claiming early retirement now but he was undoubtedly one of the many SoundCloud crusaders that bubbled quickly off of internet smash singles. There was a two-year period between 2015 and 2017 where anything Uzi touched turned to gold and platinum plaques. In reality, Uzi is a pioneer of the mumbled trap cadence that continues to dominate the mainstream today and he would have had no problem taking the lead on any song from Khaled’s last three offerings.

The superstar duo has also surprisingly been left off of Khaled’s albums for reasons unknown. Each album they’ve released has had more hits than the last as their hitmaking affinities become crystal clear. Their jack rabbit energy is hard to find in today’s game which makes it even more of a shocker as to why they were left off. Their latest album showcased their strengths together and apart (Swae for the hooks and Jxmmi for the haymakers) and further reinforces why they should probably make the cut for Father of Asahd.

Another legend that has never been on a Khaled song is 50 Cent. Granted, 50 hasn’t been in his prime for over 10 years but obviously he can still rap if tapped for an elusive feature. Plus Khaled is known to pay homage to those who paved the way; especially when that paved way goes straight to the top of the charts. Having 50 Cent and any of the G-Unit family make an appearance on a hard-hitting, Cool & Dre produced track would be the perfect complement to any of his past 10 albums.

Other than Kendrick Lamar, there has yet to be another TDE member represented on a Khaled track. Ab-Soul and Jay Rock would make great additions to a variety of deep Khaled rap tracks but what is most puzzling is the exclusion of ScHoolboy Q. The self-proclaimed “Man of the Year” has been making substantial street sermons along with chart-topping hits since the early 2010s. He’s been quiet since Blank Face LP dropped back in summer ’16 but his notable work on The Black Panther Soundtrack should give Khaled the go-ahead to place him on an upcoming album.

Embed from Getty Images
The Harverd dropout could have only really made the cut for Khaled’s last album Grateful – seeing as Pump’s prowess in the game is relatively brand new. With that said, Grateful was a 23-track double album with plenty of Pump potential. Now that he’s shown to the Internet and beyond that he is more than just the “esssskkgettiittt” guy with face tats, there should be no reason why Khaled would wrangle up Dr. Pump and his colourful dead cohorts for a smash hit sequel to “Gucci Gang.”

Yachty has been popping now for about three summers which could have seen him on at least two Khaled albums. Lil Boat is sneakily diverse which is why he could have very well been placed on either Major Key or Grateful. He’s shown on his past few projects that he can bring life to an 808 heavy banger like “Peek a Boo” but he also likes to rhyme whimsically on lullaby trap tracks like his breakout single “1 Night.” Plus, those lullaby trap tones would be the perfect bedtime music for Asahd, who is definitely executive producing the next project.