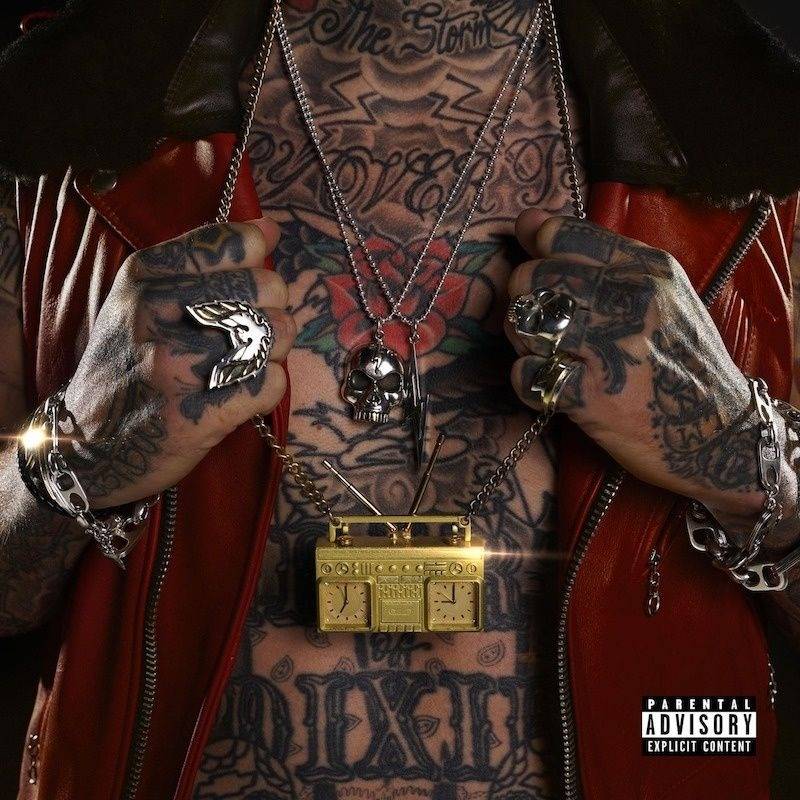 Perhaps it’s today’s appealing DIY climate and the distrust of big labels but Yelawolf, the self-proclaimed ghetto cowboy, announced back in August that Trunk Muzik 3 would be his last album released through Eminem’s imprint. With no apparent beef boiling between the Alabama bad boy and Marshall Mathers, Yela still decided to part ways with Shady Records to focus on his Slumerican label and hopefully his own career (which has been at a stand-still for the past few years). He regained a little momentum with 2017’s fairly impressive Trial by Fire album but the past decade hasn’t necessarily been coming up Yela.

That’s not to say the Bama boy can’t get busy on the mic as he raps his ass off all across TM3. The eyebrow-raising moments appear right away on “Catfish Billy 2” where Yela shows witty wordplay with lines like “Cubic zirconium rocks in my earrings/Give me that stone and a mobile phone/And I carry that gem like me and Irene” as well as anti-industry bars like “I do not hang at the same club in the same town every damn night/I am not making hip-hop for the hip-hop award show or the ‘Gram likes.” If it wasn’t already crystal meth clear to anyone pressing play, the overarching theme on TM3 is that Yelawolf is firmly against the phoniness and politics of modern rap.

This southern angst shines through brighter than his complexion especially on “Rowdy” where Yela is assisted by a fellow Middle American spitter, MGK. Over an abrasive DJ Paul beat, the two white boys wild out with tough talk galore (or “that white trash hood shit” as he calls it) that turns out to be one of Yela’s most re-listenable tracks in years. “No Such Thing as Free” with Caskey and Doobie rings off with the same rhyme reciprocity and Locke’s trap-didgeridoo hybrid instrumental demands a replay or two. The more these songs are listened to, the easier it is to see why Yelawolf was so appealing a decade ago; he’s mischievous, rather reckless and not afraid to challenge the status quo.

For the amount of fun hillbilly banter Yela aimlessly dishes out on the album’s 14 tracks there are songs like “Addiction” that give some substance (pun intended) to Yela’s ill-behaved narrative. He references himself in the third person, taking a hyper-self-aware look at his life as an addict. Lines like “That boy wouldn’t hurt a fly, he wouldn’t paint a pumpkin/Now he’s a maniac, pack of serrated blades/Carvin’ his name into his skin in a perverted way/Went from a chicken to a bird of prey” are hauntingly vivid.

The best part about Yelawolf is his unwavering honesty and dedication to authenticity (he preaches it on damn near every song). However, there are instances where he curiously attempts to make pop-esque cookie cutter tracks that naturally fall dead flat. “Over Again” endeavors to merge soft-spoken poem vocals with a cheesy R&B chorus and “Like I Love You” is a poorly executed ode to the fairer sex that renders itself repugnant rather than romantic. He bodes much better when he sticks to his own legally purchased hunting guns.

Yelawolf’s catalog over the past decade is far from perfect but has some admirable moments where the unwavering authenticity makes up for the shaky execution. TM3 is just that; an album that tries its hardest to be as ‘Bama as possible with some stumbles along the way. Nothing new about Yela can be taken away after pressing play on this album but what’s hammered home is that Yela isn’t letting up anytime soon.