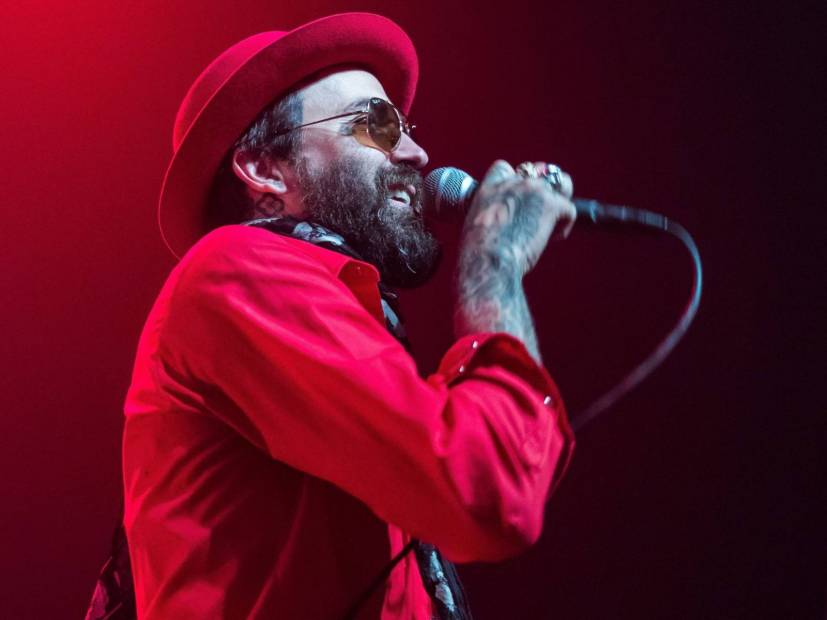 Yelawolf is back with Trunk Muzik 3, his official follow-up to 2017’s Trial By Fire. Comprised of 14 tracks, the project serves as the Alabama rapper’s final album under the Shady Records umbrella.

In the song, he takes shots at Post Malone and G-Eazy but simply spits “Trunk Muzik 3 bruh, you gon’ know how I feel about MGK” when referencing Kelly. Evidently, he and MGK are allies despite him dissing Eminem, the Shady Records boss.

The second drop before @Yelawolf’s TM3 hits next week is here. Check #CatfishBilly2. Link in bio.

Although the title of the album indicates it’s the third installment in the Trunk Muzik series, it’s technically the fourth. It follows 2009’s Trunk Muzik mixtape, its subsequent 2010 reissue Trunk Muzik 0-60 and 2013’s Trunk Muzik Returns.

Check out the Trunk Music 3 album stream, cover art and tracklist below.

[This article as been updated. The original version was published on March 15, 2019 and can be found below.]

Yelawolf has finally revealed the release date for his impending album, Trunk Muzik 3. According to a press release. the project arrives via Slumerican/Shady Records/Interscope on Friday (March 29).

This marks the Alabama-bred rapper’s fifth album for the Shady machine and follow-up to 2017’s Trial By Fire.

“Trunk Muzik 3 is my third installment to the Trunk Muzik series,” he said in the press release. “The album gets back to these 808’s and classic southern rap cadences. Of all the album styles and songs I’ve released over the years, this was the funnest project to make.

“I’m inspired again! And I’m proud to be releasing it with my SHADY family … time to fuck shit up and GET BUCK !!!”

Yelawolf made a return to the spotlight last Sunday (March 10) with his “Blood Sunday” freestyle, which found him taking shots at Post Malone, G-Eazy and Machine Gun Kelly. As a result, Post tweeted he thought Yelawolf was a “nerd” and Yelawolf replied by calling him an “asshole” while thanking him for his support.

“Our market is a working-class market,” he said. “[It] represents an artistic, expressive, and loud character…downplaying the importance of the whiskey and instead shining light on the drinker, and the good time that comes along with it.”

fans are pulling up buying full cases of @creekwaterwhiskey on this run .. and yes I’ll sign every bottle !! .. thank you all for helping us to be one of the fastest growing brands in the industry .. love you !! .. today I’m headed to Texas today with my daughter @ndeyahblackfeatheratha for my first movie premiere @peanutbutterfalcon back to the tour @creekwaterwhiskey on sunday ⚡️⚡️🦅⚡️⚡️ #slumerican #creekwater #peanutbutterfalcon 🎥 @garrett.riker

Yelawolf is currently on a U.S Tour and plays Ft. Lauderdale, Florida on Friday night (March 15).

Check out the rest of the dates below.