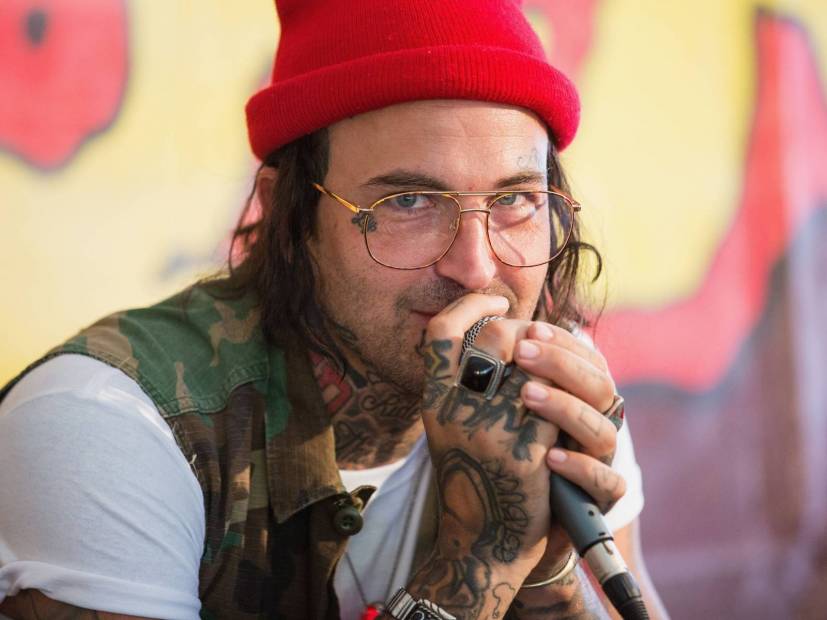 Yelawolf has crawled out of whatever cave he’s been living in to deliver his new “Bloody Sunday” freestyle. As his Catfish Billy character, the Shady Records vet blasts fellow white rappers Post Malone, Machine Gun Kelly and G-Eazy.

“Hold up, G … easy/I can’t let this Tom Cruise lookin’ motherfucker just paddle by/Don’t know if I’m watching Vanilla Ice or Vanilla Sky/Marshall Mathers may have ignored you/But if you want the smoke, bring the foil/I’ll boil you till the kettle’s dry,” he raps.

At first, Yelawolf isn’t sure he’s going to diss Malone but ultimately figures, “Why not?”

“Who else? I would diss Post Malone but he don’t even rap/Fuck it, fuck Post Malone, just because, let’s see if he answers back/All that change, tits, and funk chill bill, and the cowboy boots and hats/Damn Post, why can’t we be friends? Our clothes already match/Poser, biter, appropriation thief, give a fuck how many records you sold,” he spits.

As for MGK, who had a highly publicized feud with Shady Records boss Eminem, he chose to keep his lines to a minimum but hints something more ominous is coming.

“Trunk Muzik III bruh, you gon’ know how I feel about MGK,” he says.

Check out the freestyle above.