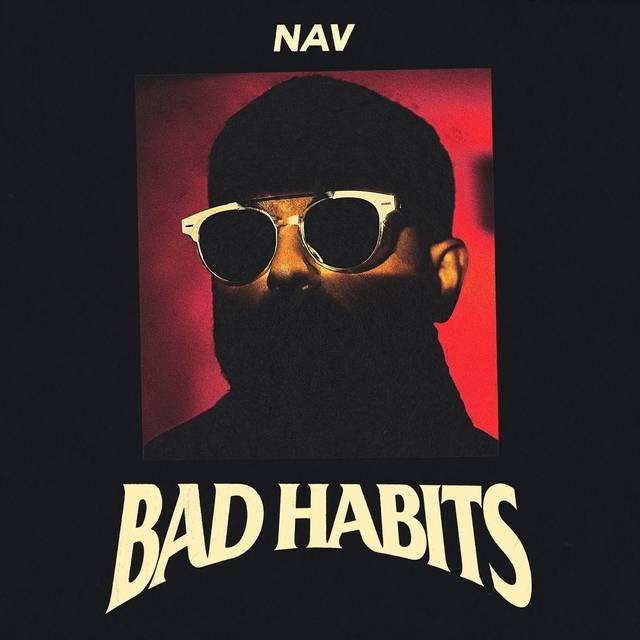 When listening to NAV’s sophomore album, Bad Habits, it’s important to realize that he’s not trying to be Nas. The Toronto native has been under heavy criticism for the majority of his short career for not seeming to care about bars, delivery or any of the key components that make up a “great” rapper. Many consider him lazy, boring and an overall forgettable character in modern Hip Hop’s extended universe. But what if NAV’s not trying to be the God MC?

Or even an MC at all?

From going into a curious two-month “retirement” to claiming TMZ not snapping his picture makes him “sick” to sounding half asleep on the majority of his tracks, NAV is quite clearly not taking himself as serious as rap-Twitter thinks he is. In fact, his recently released Brown Boy EP was his best project to date thanks to silly wordplay, catchy beats and a pinch of emotional honesty. Bad Habits picks up pretty much where the EP left off but with a little more star(boy) power.

The album’s highest moments arrive when NAV is joined by his gang of celebrity friends who elevate the songs tenfold. The Weeknd joins him for the AlexOnWeed and Derek Wise-produced “Price on My Head” which is not only the album’s best track but a guaranteed fan favorite for club goers. “Tussin” with Young Thug is another formidable track that puts the ferocious flexing on ice for a few minutes and serves as an ode to NAV and Thugger’s one true love; cough syrup. Meek Mill also pops in for a tight 16-bar verse on “Tap” that makes for a lift in vocal enthusiasm.

NAV’s monotone tendencies are what ultimately hinders his likeability but at the same time oddly helps him stand out. For example, the first three tracks (“To My Grave”, “I’m Ready” and “Taking Chances”) are solo NAV cuts that could easily be mistaken as a nine-minute wallow that reflect his permanent mood board. These generic topics including choppers, big racks, making plays in the bando and of course copping designer drip are all manifested in run-f-the-mill lines he’s likely spewed before. Not only is this subject matter superfluous but this monotone delivery almost mirrors the redundancy of the lyrics to the point of hypnosis. Before you know it, you’re caught in a hypnotizing wheel of continuous Auto-Tune crooning that burns NAV’s infectious choruses into the temporal lobe of your brain.

Although the string of monotonous, damn near emotionless energy is unwavering, the lyrical range switches up on “Why You Crying Mama” where NAV pens a pseudo-sentimental ode to his mother. “She told me stay humble, but I want it all/I’m shooting all the shots for all the times I couldn’t ball/Ashamed at how I been livin’, I don’t wanna take your call/My fam that turned they back on me, I don’t miss them at all” is by in large the most honest few bars on the entire album. The song as a whole doesn’t won’t necessarily make you want to immediately call your own mother and tell her that you love her but it’s refreshing to know that NAV is at least thinking about “the one that made” him. He also brings similar sympathetic verses to “Vicodin”; a dedication to the fast women in his life who are starting to depend on his riches to get by.

The original version of the album has a tracklist of 16 tracks while the deluxe version tacks on an extra eight songs which is just far too long to enjoy in one sitting. With that said, the tempo, rhythm and tone from song to song are nearly identical in essence making it one big 70-minute compilation of nonspecific flexing over “type-beat” trap instrumentals.

It’s the perfect type of album to have playing in the background at your local Foot Locker and as long as it’s getting streamed somewhere, somehow by someone, NAV will likely be happy.