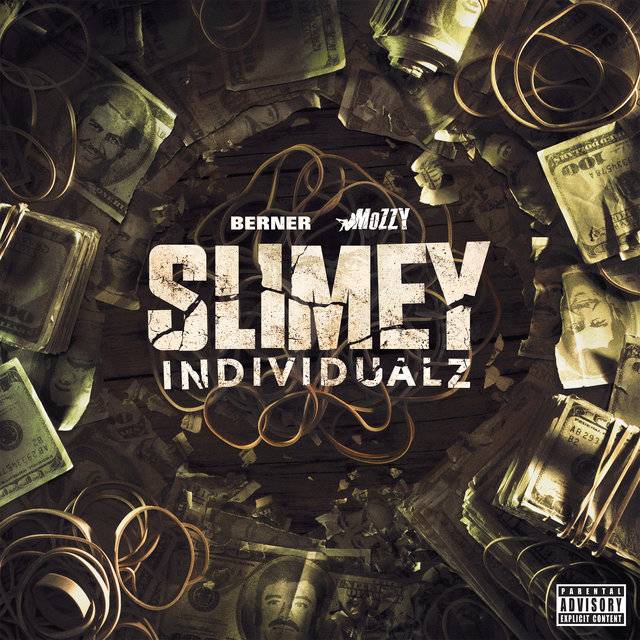 Being a Taylor Gang affiliate has its perks — just ask Berner. The Bay Area indie rapper knows he can use a little help from his more famous friends from time to time, which is why he’s able to put out an album with his compatriot Mozzy Slimey Individualz and call in stars like Wiz Khalifa, YG, Logic, SOB x RBE, and B-Real of Cypress Hill to lend a hand.

It helps, too, that Mozzy was featured on the Black Panther soundtrack and got a co-sign from heavy-hitter Kendrick Lamar. Plus, he’s been in the game for a minute, so he’s had a chance to hone his skills over the years.

So Mozzy and Berner handle business just fine by themselves. In fact, one could argue that the bars they spit on their own are superior to the ones that need a famous voice or two.

Take, for example, “Noddin’,” the album’s first proper track, and features the duo trading bars back-and-forth while sharing the chorus, where they spit, “We really active if the check right/I’m noddin’ off at the red light/Seen too many come and go/But your boy still here, I’m just glad to see another year.” They keep in line with the standard Bay Area fare, to be sure, but they do it with an intensity and flair that’s notably absent from their contemporaries.

Another standout track is “Thug in Me,” which features Black Lighting actor and Legacy Studios signee GodHolly. Produced by One Drop Scott, “Thug in Me” features the trio trading verbal barbs while smoking that “dro-nessy” (a mashup of hydroponically-grown marijuana and Hennessy that sounds, well, interesting) and shouting out their former neighborhoods (“Make a right on 19th, Southside Richmond” Virginia for Godholly, “SacTown” in Sacramento for Mozzy) as they lament about being unable to shake their former (current?) hard-knock lives.

The sole real dud on the album is the track “Lovin’ Me,” which not even Smiggz could save. On his own, Smiggz is known for guttural boom-bap style music, a sound he first showed an aptitude for on his The Introduction mixtape back in 2014. This sound, however, doesn’t quite work for Mozzy & Berner, and the chorus of “Ooh, yeah, yeah, yeah/Tell me why they lovin’ me/Ooh, yeah, yeah, yeah” not only doesn’t fit with the subject matter (making bitches jealous, bitches being burnt out and turnt out), it’s just plain silly.

Overall, however, Slimey Individualz is a solid, original offering from one of the better-known and well-respected Bay Area rappers. It won’t change the face of Hip Hop as we know it, but Mozzy and Berner are nothing if not consistent and solid, and in a world where trends change in a matter of minutes — let alone days — consistency, in and of itself, is a luxury and a rare treat.