Review: Gorilla Zoe & Zaytoven Exude Chemistry On "I Am Atlanta 4Ever" 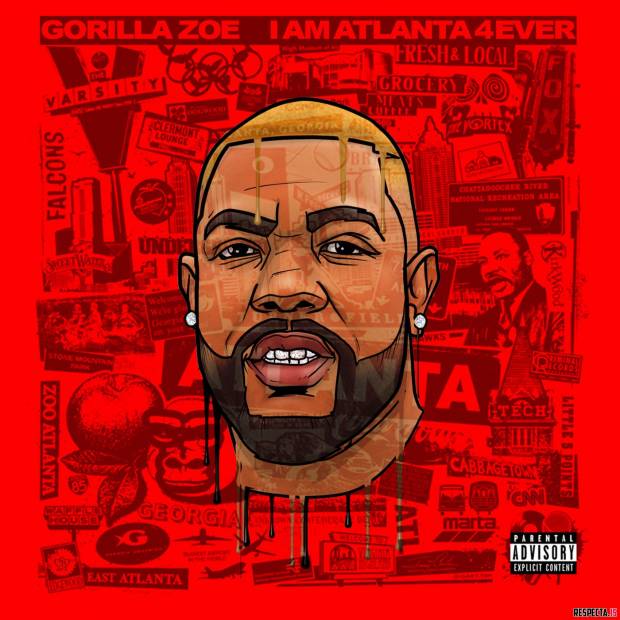 Having released 38 projects in the past 12 years, not many a rapper can claim to have laid out as much product as Gorilla Zoe.

Earmarked with a certain level of consistency and respect about him, he’s managed to stay relevant, despite commercially peaking as a solo MC around 2011-2012. Though he’s been relatively quiet for the past year or so, he’s back in 2019 with I Am Atlanta 4Ever— a solid collection of new music orchestrated by Zaytoven.

The ATL superproducer’s A1, cohesive bed of oft-soulful production seems to have given Zoe a boost of life as he marathon sprints over the 10-song tracklist.

Amid the fire emojis, there are some moments feel like the 37-year-old MC — who does have a penchant for bars — appears to pander a little more to audiences who may not be aware of his track record. For example, the mindless “Mr. Popa Lot” or “R.A.N, which is a simple acronym for “rich ass nigga,” Zoe poppin’ thots with a Migos-esque flow and both drippin’ and getting the bag respectively.

It’s when he is more in his usual pocket on some of Zaytoven’s more varied productions, drenched in a timeless southern bop — like the clear highlight “Built Like Me,” where he takes a walk through his struggle over an upbeat banger — the project starts to sparkle. Then there’s the gorgeous vibe of the hypnotic outro “Outta My Mind” that see him playing up this melodic flow that creates a few worthy moments.

“What It Is” is this other socially conscious gem hiding in plain sight, which begins as an average tough guy track that morphs quickly into a cautionary tale of the deadly consequences of street life, and dire circumstances of the hood.

Eleven years removed from the first I Am Atlanta, and eight years after the third installment, Zoe hasn’t lost a step. This is a pure producer/rapper collaboration (with no guests), and these two manage to mesh remarkably well. Even some of the project’s most creatively devoid records like “Nasty” still manages to walk tall when Zoe’s cadence engulph’s Zay’s interpolation of Bay Area Hyphy with an ATL spin.

It’s an even-keeled playlist that still has knock, even at it’s most underwhelming. And really, in a sea of artists currently carrying the city’s sonic wave, he has nothing to prove that hasn’t already been established.