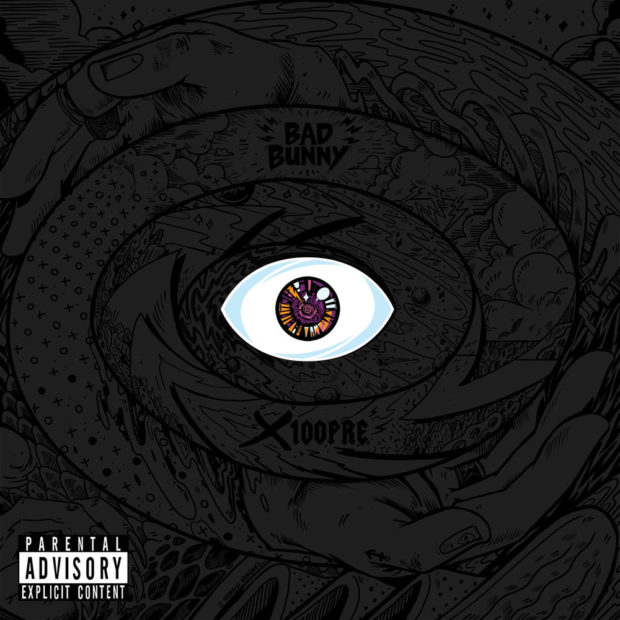 When Cardi B’s “I Like It” reached the top of the charts, it solidified the Latin trend that’s been brewing for a couple of years. Though Cardi B and J Balvin were energetic, the Puerto Rican singer Bad Bunny stole the show with his dynamic, infectious verse. After rising the ranks of the Latin trap world, he spent his 2018 breaking into the American mainstream. Drake — notorious for choosing the right bandwagons to hop on — has thrown his weight behind him.

On his debut album, X 100PRE, Bad Bunny expands on his genre-mixing sound and shows both emotional and creative range.

Instead of serving up a bunch of formulaic hits, Bad Bunny has taken this as an opportunity to further his experimentation. Album opener “NI BIEN NI MAL” starts off with guitar strums and then builds into its own subtle groove. As he raps and sings about heartbreak, the track ebbs and flows from danceable to bleak. It eventually ends with his off-kilter voice singing against melancholic violin strings. This somber energy reappears on the gloomy, disorienting ballads “Solo de Mi” and “Estamos Bien.”

Heartbreak aside, X 100PRE is packed with tracks that are ready for the club. On debut albums, there’s the risk of a fresh new artist simply succumbing to mainstream trends. But the reggaeton operator does just the opposite by giving various genres his own gloss. “200 MPH,” produced by Diplo, is his own unique rendering of trap. Meanwhile, “Tenemos Que Hablar” emulates pop punk with guitar riffs and an emotional chorus. “Otro Noche en Miami” combines glitzy 80s synth pop with rap, standing out as a particularly fascinating hybrid. And on the mid-tempo reggaeton hit “MIA,” Bad Bunny fuses his distinct swagger with Drake’s romantic crooning — who knew Drake sing-rapping in Spanish would make him more interesting?

But the Puerto Rican artist also includes plenty of songs that build off the style that made him famous. “Caro” and “Cuando Perriabas” are catchy, sleek bangers showing Bad Bunny’s energy is enough to fill up a whole track. However, the album’s highlight is easily “La Romana” — an enthralling distillation of his musical vision. The track kicks off with a Bachata guitar strum but then seconds later, Bad Bunny roars “Give me the hookah!” and the turn-up vibes commence. Suddenly at the track’s halfway mark, it breaks down and then starts back up as a dembow song with Dominican artist El Alfa giving a bombastic performance. The track’s irreverent composition and genre-bending shows Bunny’s penchant for experimentation.

As a debut album, X 100PRE succeeds at establishing Bunny’s ambition. With its bangers and sonic diversity, this release suggests that the Latin trap artist possesses the potential to shape mainstream music for years to come.