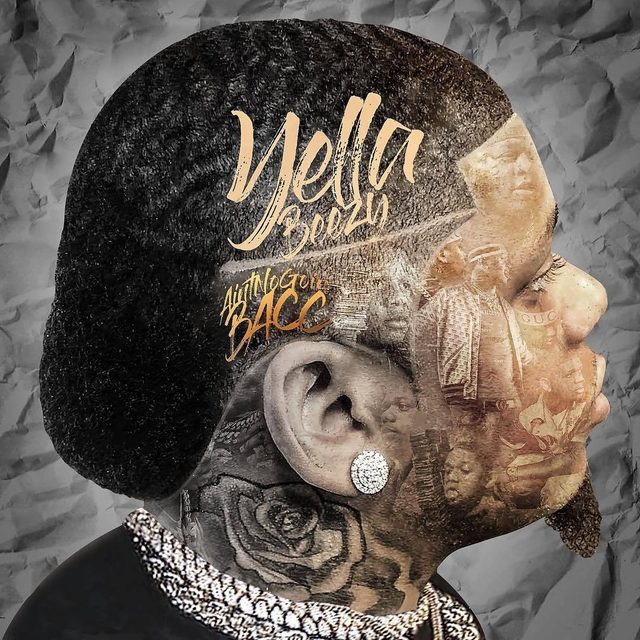 Rappers using their near-death experiences as fodder for their work is nothing new. So when Yella Beezy embarked into the studio to record his Ain’t No Goin’ Bacc album after surviving a highly publicized shooting, he was going into it knowing that he wouldn’t necessarily be breaking new ground.

And this is not to say that the album isn’t a respectable effort. To the contrary — the man born DeAndre Conway has already worked with some of the biggest names in the industry, such as T.I. and 2 Chainz, and enlists the help of Kevin Gates, Lil Baby, YG, Tokyo Jetz, and Snook Monstro for this 20-track project.

It’s just that one expects unadulterated greatness from this album, and one instead gets a rather “meh” effort.

Yella Beezy is someone who is simultaneously street and country. And while that’s worked for other Southern rappers — Pastor Troy, Chamillionaire, T.I. — it isn’t as effective for him.

Obviously, in addition to the “That’s On Me” single featuring the all-star lineup of 2 Chains, Boosie Badass, T.I. and more, the “Up One” remix featuring Lil Baby is getting him the most recognition.

But when the best bars on the album go, “Fuck your ho in my flip-flops (In my flip flops)/Kickin’ this shit, no gym socks (Gym sock)/Ask about me nigga, I been hot (Been hot),” (from “Up One”), you know the lyrical nutritional value is simply lacking.

And so it is for the rest of the album — alternating songs about getting money (“So Much Gucci,” where he proves his lack of financial responsibility as he brags, “I fucked that bitch in a room out in Dubai/You don’t want no smoke then better just cool out/I just spent a hundred K with my jeweler,” when he should have just went to Jared), fucking bitches (“Play Your Part”), shooting up street dudes that piss him off (“Slide”) and being fly (“So Much Gucci”).

Again, Ain’t No Goin’ Bacc isn’t necessarily put out a bad album. But instead of detailing beneath the surface, he chose instead to put out a mediocre effort. That said, because this is the rapper’s first “official” effort, there’s hope for growth in the future — let’s hope he takes it.