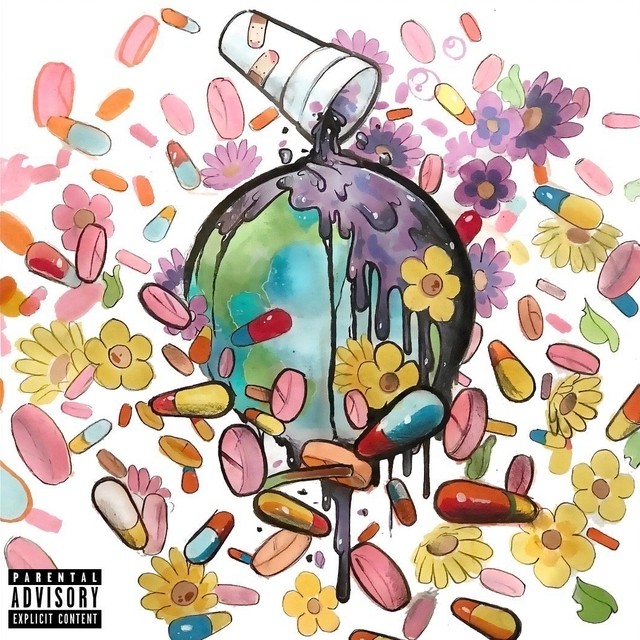 Building off the momentum of Beast Mode 2, Future has dropped a surprise collaborative mixtape with up-and-coming emo-rapper Juice Wrld. There are plenty of reasons to be skeptical of a project like Wrld on Drugs. One could argue that Hendrix is following in the footsteps of other Hip Hop frontrunners who have turned to SoundCloud artists for some quick viral attention and streams. Thankfully, Wrld on Drugs showcases some genuine chemistry between the seemingly random duo and illustrates a cohesive vision.

Wrld on Drugs is a blurred, imperfect ode to a lifestyle that’s simultaneously self-destructive and celebratory. The opener “Jet Lag,” finds Future, Juice Wrld, and Scooter bouncing off one another seamlessly as they rap about illicit hustles. Juice Wrld’s breezier, more polished voice provides a nice contrast to Hendrix’s rougher croons. This chemistry is fleshed out on “Astronauts” and “Fine China” — two songs that benefit from their brevity. On “Fine China,” a catchy stab at romance, Juice Wrld gets ominous with lyrics like, “So, if she leaves, I’ma kill her, oh she’ll die, did I say that out loud? I’m so crazy about mine?” When Future comes in, he’s charged up and unhinged — swinging between vocal styles and delivering each word with vigor.

This mixtape takes a few trippy, irreverent risks. The Wheezy-produced “No Issue” has an off-kilter beat composed of snare drums and a highly distorted, reversed sample. Over this bizarre, fragmented production, Future spits a mumbled spoken word intro that’s unapologetically gloomy: “Livin’ my life on the edge, I’m sacrificin’ everything, I did Oxy, I don’t need alcohol, I pop Rolexes like they Adderall.”

Though the chemistry between Juice Wrld and Hendrix is consistently strong, the guest verses are a mixed bag. “Oxy,” featuring Lil Wayne, is underwhelming and has Future mustering out a high-pitched, scratchy verse that’s reminiscent of his polarizing performance on “King’s Dead.” Similarly, Young Thug assisted “Red Bentley” is a boring misfire. However, Nicki Minaj comes off as confident and assertive on “Transformer.”

The second half of the project has a handful of highlights floating in a sea of filler. “Realer n Realer” is Future and Juice Wrld at their best, weaving drug references with designer brands to illustrate an almost mythical lifestyle. In the chorus, Juice Wrld complains about how his Balenciaga jacket has “lean stains.” This imagery is the perfect blend of tragic and absurd. On the other hand, “Hard Work Pays Off” is a vibrant conclusion to an otherwise dark project.

Over the years, Future’s collaborations have occasionally demonstrated how easy it is for him to be overshadowed. With Wrld on Drugs, however, the Freebandz founder has struck up a natural rapport with a younger trap rapper while creating a unique atmosphere.