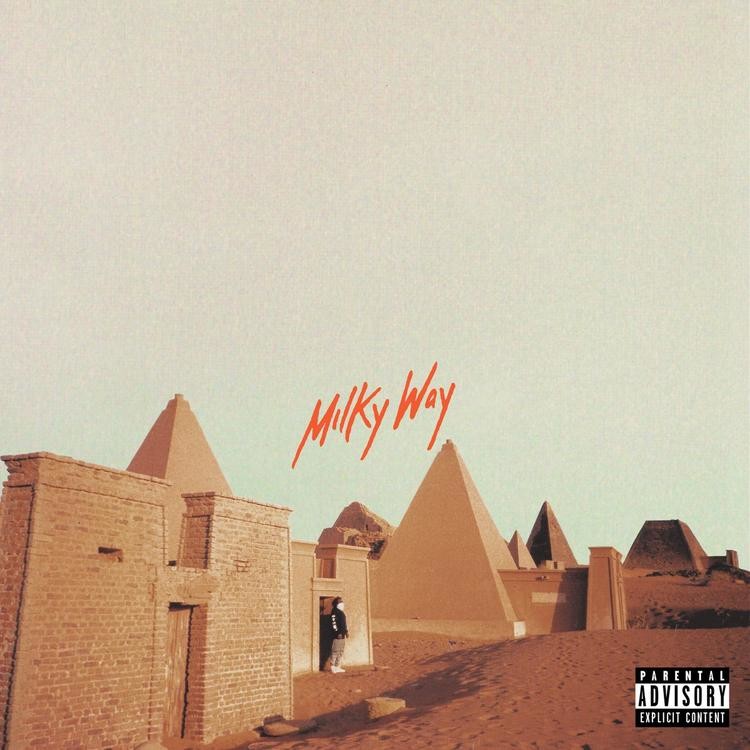 It’s been two years since J. Cole protégé Bas dropped his sophomore project Too High To Riot. Though he was actively touring, he had been relatively quiet before he stepped back into the spotlight with the April single, “Pinball II” featuring Correy C — a name that comes up twice on the tracklist of his third LP, Milky Way.

Dipped in raw milk (which is New York slang akin to the word fly), he’s managed to craft his fans a project that sounds like he’s been sitting on beaches and crate digging in small South American villages. Milky Way is Bas more in his element than his past releases. It’s a self-assured, eclectic, mix of sonic elements that fit together with the ease of a children’s puzzle.

The previously released first two singles, “Boca Raton” featuring A$AP Ferg and the undeniable bop of “Tribe,” the album’s obligatory collaboration with Cole, created an easy-breezy-energy that Bas manages to never wholly abandon as he bends bars draped in New York aesthetics across the 14-song affair.

Bas knows the type of beats that suit him perfectly, and even when stepping outside his lane on “Spaceships + Rockets” featuring LION BABE, Moe Moks, and mOma+Guy — a reworking of LION BABE’s “Rockets” remix — he manages to stay consistent.

Themes of love heavily weave throughout the album, and though it’s easy to conclude this is all in some way about a girl IRL, there is no linear narrative. His tender heart is apparent on both the Ari Lennox-featured “Icarus” and “Purge,” which finds the Queens native living his best life outside of a relationship’s crutch.

On the standout trap-soul infused “Front Desk” he’s still smashing (but not exclusive), and then on “Tribe,” she’s the reason he’s smiling. Then there’s “Fragrance,” “Infinity+2” (a reference from White Men Can’t Jump) and tropical house vibes of “Sanufa,” which all deal with a relationship — it’s just not clear if it’s just many muses or one connection at different stages.

“Icarus” does have some bars that support this theory, noting “Years have blown between us just to throw away.” Perhaps, Milky Way is a collection of these years, just scrambled.

The validity or deepness of said experiences doesn’t have a bearing on the quality of this project. It’s upbeat and has lots of replay value — more so than the rest of his catalog.

Like any laid-back summer vacation vibe, there are always glimmers of everyday life bummers. For instance, he notes being able to gift his family homes and trips as accomplishments throughout the LP, but on “Icarus” and “Barack Obama Special” he points the amount of stress being a go-to person for so many produces. “I tell nobody else how it feels … I cannot share the stress I’m feeling,” he sings.

Milky Way isn’t a blatant attempt at killing the charts with sure-shot singles and will attract only a handful of new supporters with this approach. To it’s overall credit, however, it’s a carefully curated collection of controlled experimentation that works as separate pieces and as a whole. If — like he suggests — he’s giving New York City a “whole new sound,” then the future sounds … milky.