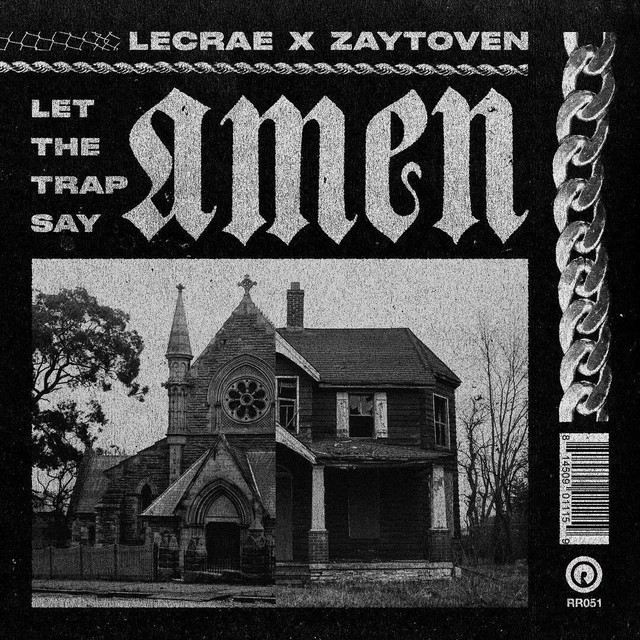 Lecrae has made a living being an anomaly; he’s the Christian rapper who insists he’s a rapper who just happens to be a Christian. Paul Wall and E-40 are as likely to lend a verse to a Lecrae album as are Dre Murray and This’l. While he continues to draw ire from conservative Christians, Crae ups the ante with a full-length collaboration with “secular” producer Zaytoven titled Let The Trap Say Amen.

This newfound pairing is an apparent way for Lecrae to continue his faith-based musings without sounding stale. Think Jeezy’s politics-meets-the-trap album, The Recession, only with “faith” replacing “politics.” While most of Lecrae’s themes are retreads, his enlightened trap flow combined with Zay’s colorful piano keys and rolling drums initially freshen up the same old, same old. “Preach” outlines Lecrae’s well-known mission to use rap as his platform to spread the gospel. Yet, Crae’s stop-n-go flow on the simplistic-but-catchy hook vibes well with the type of shimmering beat that Zaytoven has made his calling card. Songs like this one and the vibrant opener, “Get Back Right” muscle up Lecrae as a lively MC and turn this album into a trunk-rattler.

Zaytoven holds rank as a pioneering producer, but no one would consider him a true composer. He’s a fairly one-trick show and his beats largely bleed together on Let The Trap Say Amen. Because of such symmetry, even lyrically memorable songs like “Blue Strips” lose their luster. Lecrae doesn’t go blameless on the album either; “Switch” talks yet again about how he had to make the change into a righteous life. It’s technically not a weak song by any stretch, but the theme is so worn that even a trap twist can’t spice things up. Redundancy breeds slight contempt and puts Let The Trap Say Amen a few notches below its predecessor, the thematically dense All Things Work Together.

As usual, Mr. Moore’s conviction saves the day. His voice drips with urgency as he raps about his own need for Jesus in his life. Sometimes, Lecrae sounds no different than JAY-Z. “Plugged In” contains life advice from the successful label owner: “Buy a business, get a house/Take the money, rinse it out/Then put the money in a trap/’Cause they don’t want you to get out.” Rhymes like these are akin to Hov’s lament that financial freedom is his only hope, and keep this album from being a one-dimensional affair.

The Waka Flocka Flame-assisted “2 Sides of the Game” is a reminder of Lecrae’s humble beginnings. When he tells his audience to stay away from the street life, he’s not doing it from a pulpit. He’s cautioning youngsters as a man who watched his uncle sentenced to prison for moving weight when Crae was their age. That reality keeps this album from being a gimmick. While Anomaly and All Things Work Together were for Lecrae’s church-going, mainstream audience, this joint is meant to spiritually enlighten D-boys à la his Church Clothes mixtape series. Despite moments of superfluity, Let The Trap Say Amen is generally a work of poetic urgency over streetwise production.

Can they get a hallelujah?