Review: Future's "Superfly Vol. 1" Is A Contender For Soundtrack Of The Year 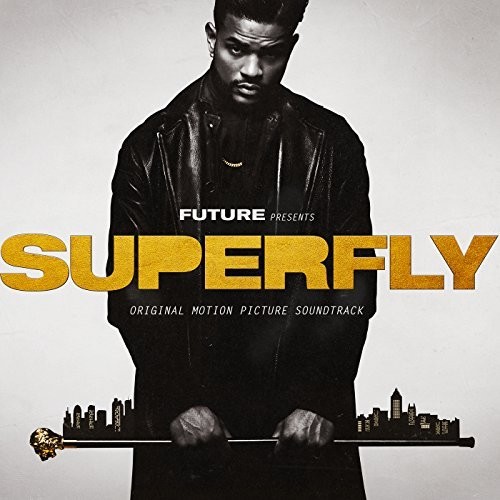 When it comes to curating a movie soundtrack, there’s always some level of pressure. But with creating a soundtrack for a modern-day reboot of Superfly — one of the best-known films from the blaxploitation movement — ATL superstar Future would be excused for feeling more than a little nervous. Especially considering the original film’s soundtrack also served as the iconic third (and arguably best) solo release of Curtis Mayfield’s career.

The result, however, is a cohesive body of work that not only fits the film like a glove but — at it’s best — puts Future in a whole new lane.

The album starts off deceivingly funky, with the infectious “If You Want It” by fellow Dungeon Family alum Sleepy Brown and Scar, sporting sections of live instrumentation dripping with the sensibilities and spirit of the original film. As the song closes, we’re transported into Future’s contemporary sound aesthetic, alongside a cast of guests that — with a few exceptions — bring the best out his signature flow.

The are a lot of reasons to love this project, including the Richie Souf-produced “What’s Up With That” that features a respectable 16 from 21 Savage, the XL/Bryan Torres-produced “Bag” with Yung Bans, and the flame emoji-filled “Drive Itself” featuring Lil Wayne.

But it’s when Future adds unexpected bluesy undertones that the soundtrack truly sparkles.

The PARTYNEXTDOOR featuring “No Shame,” with its soulful chorus and electric guitar reprise, and the heartfelt Atl Jacob-produced “Nowhere” stand out as some of the more substantial offerings from the project. Miguel’s “R.A.N.” and the Khalid/H.E.R. duet also play up on the “soul” that some of the usual trap fare lacks.

There are some lower moments in the tracklisting, though. “Tie My Shoes” and “Show My Chain Some Love,” both featuring ATL-native Young Thug, while still OK, rank at the bottom of the pile with ridiculously uninspired concepts.

Ultimately, it could have benefited from a few strategic snips and stuck a little closer to the ideals laid out by Curtis Mayfield for more than one song. However, Future has proven that Black Panther wasn’t a fluke. Rapper-curated soundtracks are making for exciting — and successful — bodies of work in 2018, and with his personal touch, Superfly is a contender for soundtrack of the year.