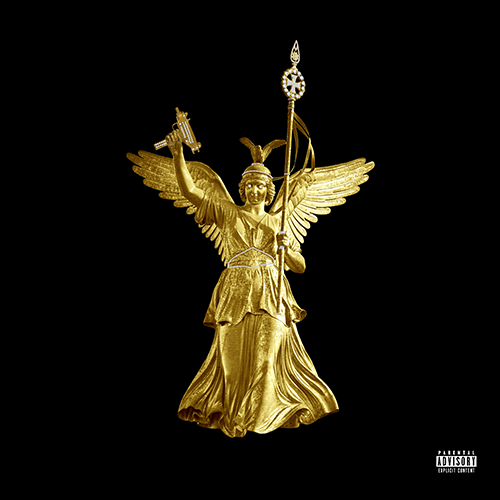 Since the start of this decade, Meyhem Lauren has steadily brightened his own corner outside of his Outdoorsmen cohort Action Bronson’s shadow. Since his emergence on Bronson’s debut mixtape Bon Appetit…Bitch!!!! in 2011, the brutish MC’s collaborations and featured verses with elite underground rappers and in-demand producers such as Alchemist, Harry Fraud, and Party Supplies has garnered the attention that Lauren deserves.

Although, Laurenovicci has seemingly met his greatest match with fabled Soul Assassins crew sound architect DJ Muggs. Released just eight months after their Gems From The Equinox album, the duo’s latest project, the eight-track Frozen Angels EP, continues to establish their undeniable synergy as a two-piece knockout punch to a hardcore rap fan’s temple. Muggs employs an experimental range of dusty, orchestral record samples with his trademark of thickened basslines and reverberate boom-bap drums. This underscores Lauren’s gritty baritone vocals, bombast and stories of skullduggery and corruption to reflect the dark realities of his home borough of Queens.

Unlike Gems, this project is scant with featured guests spots, which focuses on Lauren and his artistic growth. The first track “Ghetto Stockbroker” contains a Roc Marciano-sampled hook with sauntering jazzy horns as Lauren performs in a momentous approach and haughty lyrics. (“I look like James Todd when I’m playing God/Juice like GQ mixed with A-Rod/Serious, lane switching, driving with a purpose, floating in the fire but believe I’m never nervous/Henny in the Thermos while we building in the furnace/I earn this/Respect the service, I’m continental.”)

Other songs such as the moody production of Lauren’s autobiographical “Champion Style” and the title track at the EP’s midpoint evokes an emotionally dramatic feeling. The blistering chorus (“I’ma be here forever, it’s real/Fuck the a short stay/Leave your mark, gotta stay sharp/It’s the New York way/Keep the hoodies, Timbs on deck, ready for swordplay/Half my team is grimy as fuck living the raw way’) envisions what the once-proclaimed “home of the hustle” NYC once stood for, musically at least.

The production gradually rises in its intensity throughout the project and peaks with “Northern Blvd” featuring the project sole guest verse by upstart Jason The CEO. With an ominous beat that sounds like the climactic scene in the film Predator, this EP’s single is the most political on the tracklist with a concept detailing trigger-happy police officers pulling him over on the Queens strip with Lauren’s fear of being caught riding dirty with guns and drugs.

The artistic growth of Lauren as a character writer is exposed in “Permanent Disfigurement” about fighting off an angry brother of a thirsty groupie, and “Kick Rocks” leaving lust behind for his capitalist aspirations. But ambient nineties era trip-hop sounds “Staircase Money” and industrial dissonance of “Psychedelic Relic” are the most distant and least listenable from the EP’s narrative arc.

In this era when EPs and mixtapes are loosely labeled by rap artists as full-length albums, collaboration projects between respected MCs and veteran producers with short tracklists either keep fans eager to consume more or unsatisfied by their unshelved scrapped fillers. But DJ Muggs and Meyhem Lauren are great additions to the raw rap conversation with one of the best pure Hip Hop tandems to converge in recent memory. And they need to stay on this course if they are to redefine a cohesive long player.