Review: Famous Features & Rich The Kid’s Swag Make “The World Is Yours” A Fun Listen 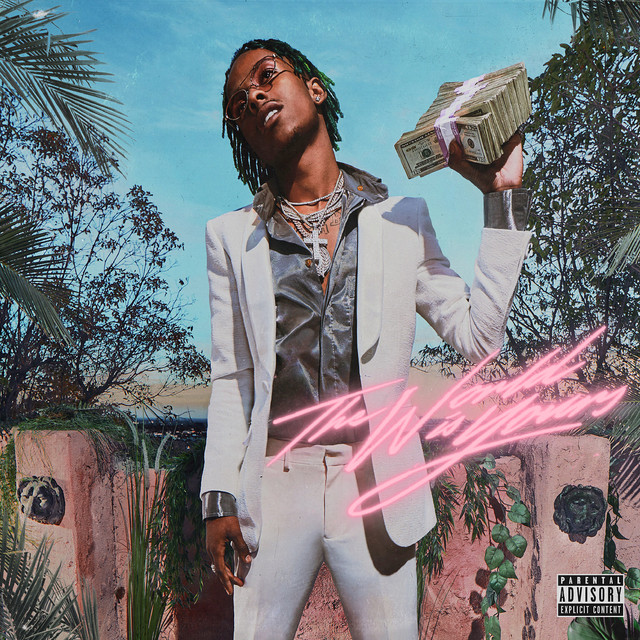 Rich The Kid is such an artist whose eccentric style and mumble-driven vibes have contributed to viral, undeniable party flavors.

The young CEO has amassed just as many views and plays as his clown-colored hair counterparts on songs like “Plug Walk” and “Early Morning Trappin,” plus a holy grail feature from Kendrick Lamar on his smash hit “New Freezer.” His single game is obviously stout but his major label debut, The World Is Yours, proves he has the capacity to sprinkle in some versatility – even though he often defaults to predictable rap models.

Right out the gate, Rich puts down the ferocious flexing and bouncy beats and presents the album’s titular honest foreword. Cassius Jay’s beat is stripped down and straightforward, as Rich gets off some of his most level-headed bars like “I was broke, got bands and accounts/First thing, taught my son how to count” and the mildly amusing wordplay “No Biggie but I used to trap in the Coogi,” It’s obviously not God MC status but definitely a step up from all the “yuhs” and “ayys” found littered all across the album.

“Dead Friends,” aimed negatively at fellow mumble maven Lil Uzi Vert, bookends the album with the same expressive energy. It’s clear Rich is trying to do his best “rapping” by streaming together full bars with fewer ad-libs than normal using “Put my pride to the side/I could never lie/I don’t care if you cry/Let them pussy niggas die” as his knockout punch.

The bulk of the album spotlight Rich in the same stop-and-go flow, talking about the same old buffet of topics including money, cars, women and big diamonds (BIG!). Songs like the Khalid-assisted “Too Gone” and “Drippin” starring his future tourmate, Chris Brown, are peeled back a little with the R&B smooth melodies taking precedence. Rich tries to mimic the crooners’ ability to slide from line to line seamlessly but can’t help himself from spastically following the hop of the hi-hats.

These lyrical stylings are hard to deny though, as Rich uses it to incorporate some wildly catchy highlights. The swag rap supernova, “Lost It,” is guaranteed to be a street favorite thanks to Metro Boomin’s defiant production plus Offset and Quavo’s Migoness. “End of Discussion” is another cut with strong Rap Caviar potential, although Rich gets utterly dunked on by Lil Wayne’s backboard-shattering verse.

In fact, all nine songs that have features find the guest stealing the spotlight, which isn’t necessarily great for Rich but does help the song musically and the co-sign will entice more people to press play.

The World Is Yours won’t have Rich leading the league but it does show his potential and willingness to grow as an artist the new generation of viral hit-driven rappers. If Rich can continue to craft hot singles and wean himself away from leaning on big-name talent, he may actually find rap’s globe nestled in his pocket.