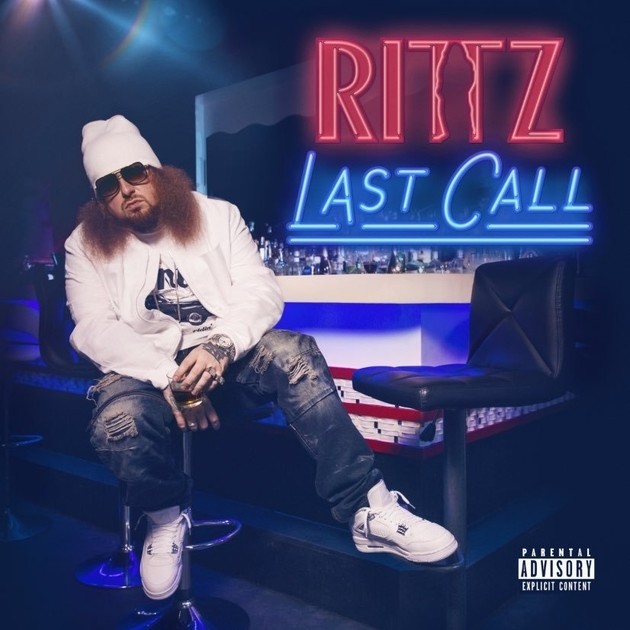 The United States is a bubbling cauldron of tension and animosity right now. The Orange One has polarized this country to extremes not seen in generations, and things have only gotten more tumultuous as NFL players have been criticized for exercising their constitutional rights to peacefully protest police brutality against black men.

If you’re a white rapper, you’re in a difficult position. Some, like Macklemore, have let their white guilt derail them from making quality rap music. However, Rittz has no such issue. His open disdain for Trump and the country’s direction is reflected on his latest and final project with Strange Music, Last Call. Mostly, though, the album is a refreshing surge of beats, rhymes and life, albeit one that is hindered by gratuitous length.

It took Rittz a very long time before he made it as a rapper. In a recent #DXLive interview, he revealed how it took nearly a decade before he considered himself “good.” With his Strange Music tenure it coming to an end, it makes sense that Rittz is in a reflective mode.

He delves into his soul and comes up with deeply personal tales about not only himself but also his loved ones. He displays the art of storytelling done right on “Fuck Cancer,” which details friends of his who have battled the unforgiving disease and have lived to tell about it. His conviction and compassion, backed by melancholy, dramatic production, hit home, especially for anyone who has directly or indirectly experienced the effects of the merciless disease.

While life has been on the up, Rittz hasn’t forgotten his previous struggles. “Press Rewind” is a shining example of how no matter where one goes in life, their past is always with them. Relatable themes such as these make Last Call a remarkably accessible affair.

There is also a great deal of dedication on the album towards tearing into less-capable MCs. His disdain works not only because he lampoons trendy rappers with hilarity, but also because he is such a technically skilled rapper that he has earned the right to expect more from others. He absolutely bodies “Down For Mine,” rapping in impression succession: “I never thought I’d use the word ‘flabbergasted’/It’s an exact fit to explain my reaction like I’m yackin’ in a trash bin.”

His rapid-fire flow closely mirrors Tech N9ne’s. However, Rittz manages a distinct sound through otherworldly, rock-tinged production on songs like “Crash and Burn” that is more fit for a nighttime ride along the back roads of Western Pennsylvania than a lively Strange Music show.

Rittz’s lyrical superiority notwithstanding, he tends to beat a dead horse throughout the album. By the time the album’s closer hits its last note, it’s been 21 songs and more than 92 minutes. None of the songs are of poor quality, but several could have been left on the MacBook for a more potent, focused project. For instance, there are two songs — “Dork Rap” and “Reality Check” — lambasting wack rappers, while the spooky “Different Breed” finds Rittz setting himself apart from the pack. Only one of these cuts was needed to get his point across and the overkill is, at times, exhausting.

Overlong albums by supremely skilled rappers are a benchmark of Strange Music, and Strange heads love the formula. While Last Call wears on the typical listener, it still is a strong collection of soul-baring tunes from a rapper who is truly passionate about his life’s work.