Review: SiR Does TDE Name Justice With "Her Too" EP 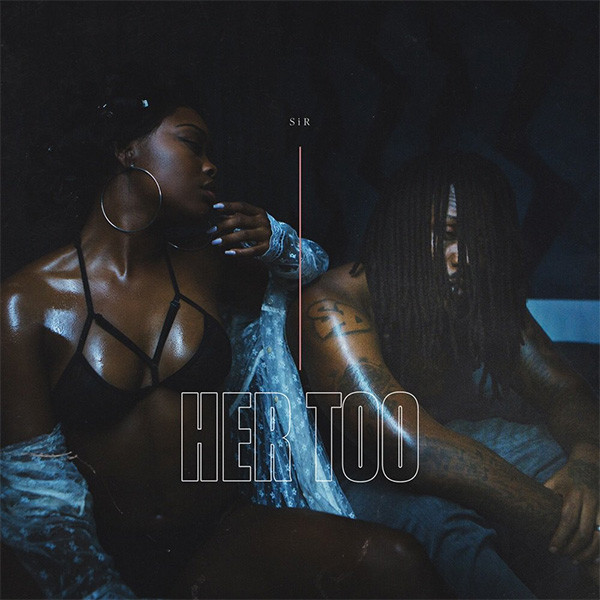 For several years, Top Dawg Entertainment primarily focused on its starting four rappers who eventually grew in vastly different directions. As Kendrick Lamar became a part of music’s upper echelon, Jay Rock transformed into the wise OG, ScHoolboy Q made avant-garde gangsta rap and Ab-Soul used his third eye for cryptic analytical lyricism, TDE had already planned their next phase. The next chapter started around 2013 through signing both Isaiah Rashad and SZA. While Rashad served as the label’s first southern artist, SZA was their first crack at branching outside of their bread and butter in cultivating highly skilled rappers.

Since then, the last couple of signings have learned beyond rap as well through Lance Skiiiwalker and more recently, John Doe #2 a.k.a. SiR. As the most accomplished new signee of TDE, Sir Darryl Farris earned his stripes songwriting and producing for everyone from Anita Baker and Jill Scott to Tyrese. Anyone paying attention to Los Angeles’ alternative Hip Hop/R&B scene has definitely heard SiR on early cuts from Ill Camille and Anderson .Paak. It also doesn’t hurt that he can call Tiffany Gouche and Iman Omari his biological cousins. For his TDE “debut” EP, Her Too, he steps up in every way from the release of last year’s already impressive Her. As fans of SiR wait on the follow-up to his 2015 sophomore album Seven Sundays the short six-track EP should be considered one helluva appetizer.

SiR calls on .Paak and King Mez for Her Too fast pace opener “New LA.” The light bounce has the Inglewood native tells the story of a woman seeing the “bright lights and foreign cars” of Hollywood for the first time. The smooth, soulful sounds of “The Canvas” are clearly where he feels most at home. By the time “Don’t Call My Phone,” SiR’s vocals sound as if he inhaled a bit of helium as he glides over a two-stepping funk instrumental.

Her Too’s second half gets a bit more interesting in the form of “Ooh Nah Nah” featuring the self-proclaimed creator of trap jazz Masego. Hearing Masego transition effortless between scattering and riffs from his alto saxophone perfectly stays in line with SiR’s slick crooning. Easily the standout track, “SUGAR” is the best example of his potential. The temptations of a woman on the road don’t distract SiR from understanding what’s waiting for him at home. Ending on more of an aggressive front “W$ Boi” has the most addictive hook of Her Too where he transitions between the project’s similar themes of women and hyper-locality as he reps his hometown.

Despite a heavy push, TDE has yet to truly break an artist who doesn’t have the ability to spit godlike bars. However, SiR just may be the one to do it and Her Too should go down as a turning point for both the artist and label should the prophecy be fulfilled.