Review: After "RTJ3," Run The Jewels' Reign May Have Run Its Course 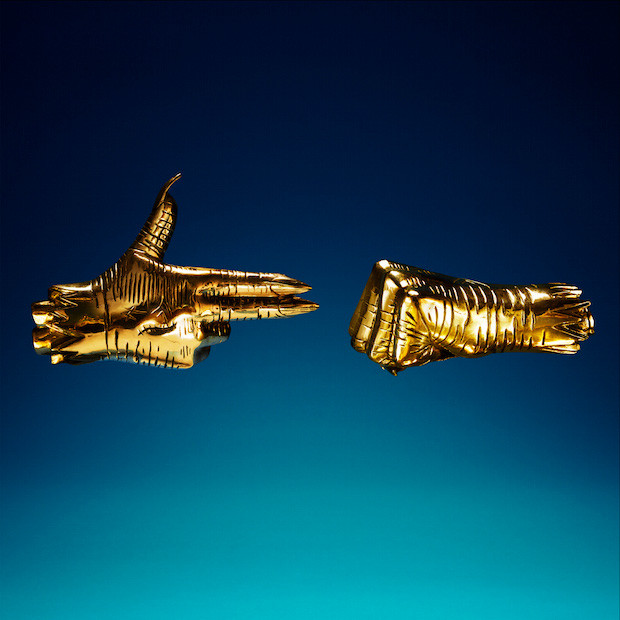 When Company Flow ended their venerable five-year run in 1999, El-P sought a new creative direction. He foresaw how the underground rap market was bound to change at the threshold of a new decade while the ingenious New York trio was at the end of their rope. El-P gnawed his foot from his former employer as he detailed on his 2002 debut solo album Fantastic Damage about how he “ducks labels” to not be boxed in (“Sign to Rawkus/I’d rather be mouthfucked by Nazis unconscious” he deplored on the album cut “Deep Space 9MM”), and continued to carve his niche as an “independent as fuck” flag bearer.

RELATED: 31 Run The Jewels Facts Even Diehard Fans Might Not Know

Killer Mike holds the same artistic standard for himself as a woke rhyme vigilante collaborating with El-P. Combining forces, Run The Jewels is an indie concept group like Prophets of Rage, Madvillain, Jaylib, Piñata with Freddie Gibbs and Madlib (or any other collaboration that Madlib does), Gnarls Barkley, The Firm, and Kurupt and DJ Quik together as BlaQKout, and so on. The average shelf life of these groups are one-and-dones for albums, or they return when their fans highly anticipate these concept groups’ new music sold sporadically with new releases dropped every few years. Leave it at a novelty and come back with a vengeance every few years to keep fans vested in the new material. It’s difficult to return year after year with a new album as artists’ creative freight tends to run out of steam.

This latest 14-track LP in RTJ3 could be regarded as RTJ4 if you want to count Killer Mike’s precursor R.A.P. Music, for which El-P helmed the production and burgeoned the Run The Jewels brand. The breakout single on here is with Trina “Panther Like a Panther.” The chorus is arid (“I’m the shit bitch!”), but has the energy for a concert or road trip playlist that makes it worthy of an action film soundtrack that defines the RTJ sound. It’s the same busy 1980s Running Man futuristic wall of sound and Doctor Who-theme song sampling techniques that push the album’s pace, but the lyrics hold up.

RELATED: A Visual Timeline Of How Run The Jewels Came Together

Some other stellar cuts include “Hey Kids (Bumaye)” with Danny Brown, the danceable bounce of “Everybody Stay Calm,” the bass-heavy fuzz of “Oh Mama,” “Thursday in the Danger Room,” “2100” featuring BOOTS, and the two-part final track “A Report To The Shareholders / Kill Your Masters,” where Killer Mike barks his cadence to the six-minute dual record. El-P sticks to his guns looking to impress the Gen X and Y fans who still latch onto his brand of hyperbolic sci-fi inspired lyricism and political commentary.

The last third of the album is when it ascends from slipping into a mixtape category for its first two-third’s lack of cohesion. Their Christmastime Heist theme boasts their signature dissonance with echo-chambered vocals, cacophonous sound clashes and deep synth keyboards. There are some vapid, shallow hooks, including the aptly titled opening track “Down,” which is more downbeat and somber-toned (“I could’ve died y’all, I’m aight y’all/A couple of times I took my eyes off the prize y’all/I know a few people pray for my demise y’all/But like cream I had to rise, I had to rise y’all.”). “Down” is a conscious Run The Jewels filler track at the top of the tracklist and feels preachy and pedestrian from the jump, lacking that one-two punch with the first and second track (“Talk To Me”) that fans swooned over on the previous two albums. That’s what made the previous RTJ albums and R.A.P. Music so explosive out the gate with the tracks “Run The Jewels” and “Jeopardy” so intense and infectiously aggressive. Other forgettable choruses include “Stay Gold” (G-O-L-D-G-O-L-D), “Call Ticketron,” and on the sledgehammering 808 thump of “Legend Has It.”

RTJ3 ultimately mirrors the sentiment of too many movie franchise sequels that make the brand go stale. (Who wants to see Final Destination 6? Answer: No one!). Perhaps El-P should extend his reach back to Trent Reznor of Nine Inch Nails for a collaboration album since that’s who El-P mirrors in his production style. Killer Mike should join forces with Zack de la Rocha for a ‘Revolution Rock’ political rap EP and get Clash bassist Paul Simonon since that was a song title from his original group.

To pique their devoted fans’ interest and continue their brand, there should be some new range in their production approach. But if El-P and Mike are comfortable with sticking to what their fans want to stand up for, then so be it.