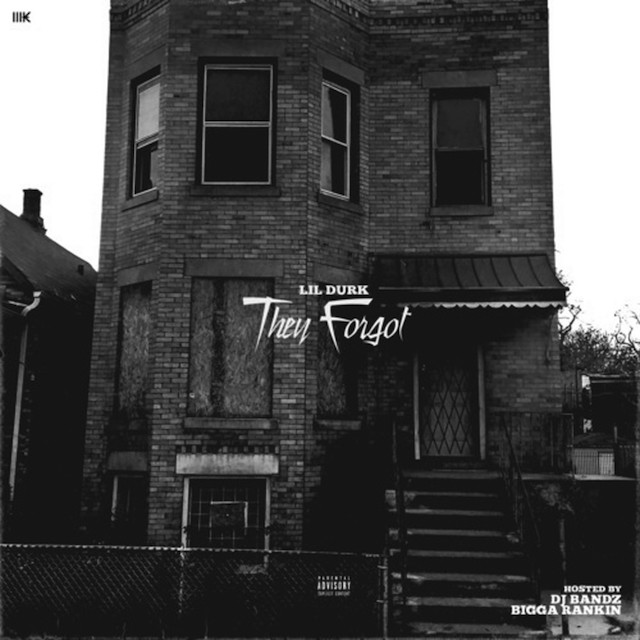 As much as LILDURK2X was a shaky sophomore offering for the young Chicago gangster rapper, Lil Durk’s newest mixtape They Forgot actually isn’t so bad. Usually, when a rapper drops a mixtape soon after the release of their album, it’s filled with outtakes, poor bonus cuts that just weren’t deemed good enough to make the final LP tracklist but on this mixtape, signs of lackluster regurgitations are almost null and void. In a potential attempt to “experiment” with some new-ish flows and at the very least some new beats that Durk figured wouldn’t have gelled with his core fan base, he might just have unintentionally stumbled onto one of his better projects to date. Don’t get it twisted though; Durk isn’t rebirthed with boom bap soul samples but his oozy Auto-Tune gangsta croon isn’t as hazy, either.

By the sounds of the title track you would think that Durk is still very much on his “gang gang” shit — which he is — but the first couple bars pull back on the swag. “Had to blow a bag on designer, I’m in the fashion scene” is a cheeky play on the Future/Desiigner comparisons that might have been made on accident but still knocks pretty hard. Just as you think Durk is about to step his pen game up, he quickly slips back into his usual lazy writing habits with “Baller” where the line “shawty, I’m a baller” is repeated over 30 times in the span of three minutes. No diss to TyMadeIt’s beat which bangs in bass and melody but Durk literally just sits back and phones in the chorus, bridge and verses.

From there on out the approach gets more and more specific especially on “Rico”. Without almost any Auto-Tuned vocals you can actually hear the ebb and flow in Durk’s voice as he hops on a dreamy instrumental from Donis Beats. Unfortunately the two most common points of focus remain “Glocks and blocks” but at this point getting anything that even marginally breaks away from his LILDURK2X norm is appreciated.

The pinnacle of Durk’s storytelling appears on “Victim” where Durk makes a more conscious illustration of Chicago’s gang war-torn underbelly. In his own ferociously focused way Durk describes “Drillnois” in a way more vivid way than ever before. Eye opening lines like “Before this booth we was serving junkies/Where I’m from these streets are hungry/And we got guns like we serve the country” make his call to Obama seem like a very real piece of vulnerability: “Call Obama this shit is urgent/Got some kids out here that’s hurtin’/Got some kids out here that’s servin’/Got some kids out here that purging.” Of course, this Durk project wouldn’t be complete without a feature from his gangsta girl counterpart, Dej Loaf. If the name of their latest duet in “Rider Chick” wasn’t tell-tale enough, then the first few starry-eyed lines about how Dej “never leaves him horny” and how Durk “bought his bitch a Birkin cause she worth it” will definitely tip you off to how cheesy the next two minutes will be. We get it guys, you’re the new Bonnie and Clyde.

While Durk is nowhere near a perfect MC, he always seems to show signs of potential. On this mixtape his ability to write from a vulnerable, honest and witty perspective rears its head on a few cuts to keep fans remembering for the time being.