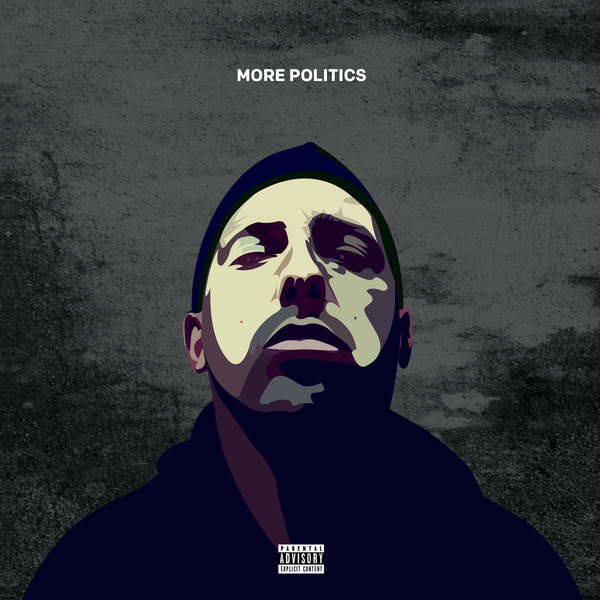 Termanology has received collaborative co-signs from just about every East Coast 90s OG that one can name, but he’s earned the adulation through skills and consistency. Whenever he’s paired with legends, whether sonically with producers DJ Premier and Large Professor or spitters like M.O.P. and Bun B, he raps with a hunger and reverence to live up to their standards while grinding like a young buck. In a recent interview with Sway, he revealed that between mixtapes, EPs, collaborative records and studio albums, that he has released a stunning 30-plus projects throughout his career. With More Politics, Termanology continues to prove that he was a worthy rapper to take up the mantle for underground rap.

Termanology mostly sticks to his lane on More Politics, and that’s a good thing: sharp, street savvy rhymes over Golden Era-styled production, often from the same legends he looked up to. The best cut is album closer “It’s Quiet,” which sees Term seamlessly weaving rhymes about a poor upbringing, rap dreams and lost homies over gritty, Mobb Deep-reminiscent piano loops by Dame Grease. He easily keeps up with strong verses from master rhymers like KXNG Crooked, Styles P and Sheek Louch on “Let’s Go (Part 2)” and “I Dream B.I.G.” He even gets gems from Just Blaze and Q-Tip; two legendary producers who are notably selective with who they work with these days. Just contributes a triumphant, horn-heavy intro with “Just Politics,” while Q-Tip lends one of his signature understated melodies to “We’re Both Wrong” for Term and Saigon use to speak about systemic racism. He’s usually at his most comfortable when rhyming over jazz loops from 1982 groupmate Statik Selektah, who produces half of the cuts here. While equipped with his beats, he gives introspective songs the emotional heft they deserve: “First Love” lovingly appreciates Termanology’s daughter while lamenting time away on tour, and “The Last Time” believably chronicles struggles with alcoholism.

More Politics also covers different ground from its predecessors. Termanology is still paying homage and working with the previous greats, but he also makes a point to show camaraderie with young MCs who are invested in the 90s tradition. “The Curve” plays like a post-Golden era posse cut as he, Young Droog and Westside Gunn and Conway trade rhymes over blaxploitation horns. A patois-flipping Joey Bada$$ joins in for “Top Shotta,” and “Bar Show” showcases the rhymes of Ea$y Money and Big Pun’s talented son Chris Rivers. Termanology also briefly takes on glossier sounds, which are the closest he gets to diminished returns. Saccharine choruses nearly ruin otherwise good songs like the J.U.S.T.I.C.E. League-produced rags to riches anthem “Looking Back” and “Where’s The Love,” which features Bun B and Bodega Bamz over an enjoyable groove by Hi-Tek.

There aren’t any inherent flaws in More Politics: the album is cohesive and digestible at 14 tracks, the production is easy on the ears, and Term ably balances topical discipline and bar-heavy songs. But there aren’t any transcendent moments either. “It’s Quiet” comes close, and ends the album with its best song, but there aren’t any underground rap moments like “Watch How It Go Down” or “So Amazing” that will go down to be deemed as magical. Still, there’s a case to be made for consistency — and with over 30 projects under his belt, Termanology is operating at a level of consistency and prolificness that ensures Hip Hop job security.