Review: D.I.T.C. Bring Bars On "Sessions" Whether You Want 'Em Or Not 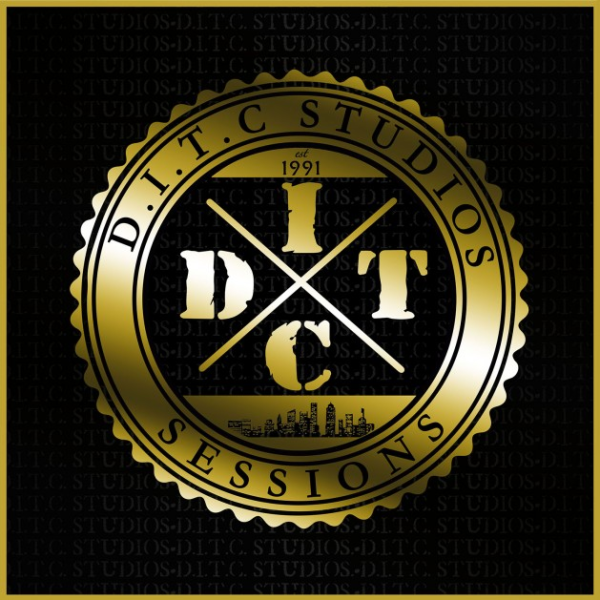 The prolific collective of MCs and producers stay true to original style on a shining new effort, sixteen years removed from their last proper release.

With its reputation for making gritty, classic boom-bap East Coast Hip Hop, underground rap legends D.I.T.C. (Diggin’ In The Crates) have set the proverbial bar high and must rise to the occasion no matter what, something they almost perfectly execute on the group’s new album Sessions.

Originally comprised of Fat Joe, Lord Finesse, Diamond D, A.G. (Andre the Giant), OC, Buckwild, and Showbiz, the collective of producers and MCs welcomed the late Big L into the crew in 1993, who only strengthened their iron-clad union. Tragically, Big L was murdered in a drive-by shooting in 1999 in the midst of creating what may have been his breakout album. The untimely death didn’t signify the end for the part-time collective, but they definitely pursued their own endeavors. Fat Joe, Lord Finesse and Diamond D went on to have reputable solo careers of their own, while the rest of the members stayed busy doing other things. However, whenever they’d come back together, the same magic that was present on their 2000 self-titled debut was impossible to contain — and they know that.

Throughout the 12-track Sessions, largely produced in-house by Show, Lord Finesse and Motif Alumni, they consistently flex their O.G. status. Especially on the second track, “Rock Shyt Too,” featuring Fat Joe, Diamond D and Lord Finesse. Finesse spits a series of brutal bars, seemingly calling out current rappers like Young Thug or Lil Yachty, rapping, “When you’re tired of listening to frauds/Auditioning for broads/My shit religion/You need to get up on the lord/Cuz nowadays man shit’s retarded/When it cool to wear shit out your sister’s closet/Most got that Xerox flow/But ain’t the sharp/Lyrically you fingerpainting/You call that art?” Whether or not he’s calling out anyone specific is unknown, but it’s presumably a testament to how they feel about the mainstream rap climate.

As it goes into the epic sounding “It’s Cold Outside,” Fat Joe takes a stab at a political topic and questions, ‘What are we going to do with Trump, huh?’ as the beat moves along, capturing the brooding, symphonic vibe that makes up the majority of the project. While it retains its cohesive sound the majority of the time, “Everytime I Touch The Mic” temporarily throws it off the rails with its oddly placed R&B style hook, but they quickly regain control of the wheel and end it with two of the most intriguing songs on the album, “Connect 3” and “Diggin Number.” The DJ Premier-blessed former swells with gorgeous strings while the latter somehow finds a way to fuse a hard bass guitar loop with a delicate melody provided by The Funky Technician himself.

D.I.T.C. could have simply coasted off the strength of their individual past glory and put in a minimal effort just to say they put out an album. Instead, they banded together, lyrically and sonically, and prove surviving in such a fickle industry for nearly three decades wasn’t a fluke. They may not captivate the youth with this one, but anyone who can recognize the clique’s members by face and voice will cherish the alternative choice.