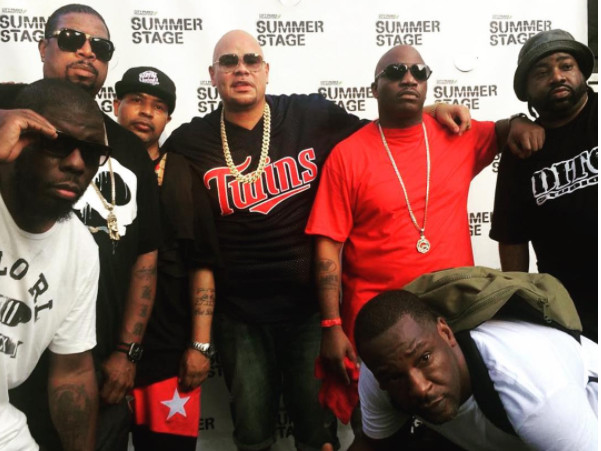 Initially comprised of Fat Joe, Lord Finesse, Diamond D, A.G., Showbiz, O.C., and Buckwild, the legendary New York City-based D.I.T.C. (Diggin’ In The Crates) crew debuted their self-titled album 16 years ago, and gave the Hip Hop community a taste of its authentic East Coast boom-bap flavor. Although Big L, who joined the crew after it was already established, was tragically murdered in a drive-by shooting in 1999, the remaining members have gone on to have reputable careers of their own.

The seven remaining MCs and producers have returned with Sessions, a 12-track joint bursting with their original vintage sound. The lead single, “Rock Shyt,” was privy to a visual treatment earlier this month and proved why they deserve their spot in the Hip Hop history books. With Fat Joe, Diamond D and Lord Finesse’s lyrical assassinations and classic ’90s Hip Hop production, D.I.T.C. has stayed true to themselves and will presumably continue to do so.

Check out the stream, cover art and tracklist below, and buy the album here.