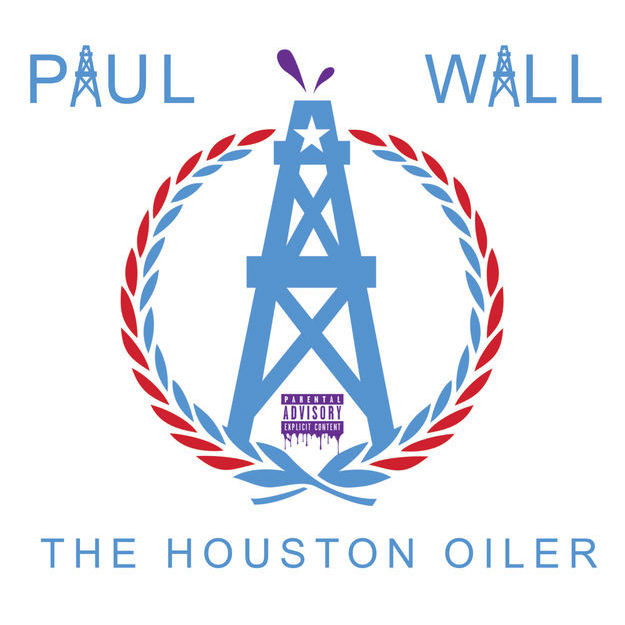 No city within the Southern United States offers an automotive cultural experience like Houston. This isn’t about the 0-60 muscle car aspiration of Detroit or Los Angeles’ artistic customization focus. H-Town’s all about cruising or for those indigenous to the area, ridin’ the slab. Liquid codeine (a.k.a. lean) being the city’s primary drug of choice only adds that culture. After having his breakout moment on Mike Jones “Still Tippin’,” Paul Wall has remained consistent content-wise, even if Houston is no longer a focal point to many contemporary rap conversations. At this point in his career, he’s a regional legend who thoroughly understands his fan base’s expectations. Wall also named his effort last September Slab God just to solidify that title. A year and some change later, he’s back to represent himself as The Houston Oiler.

Longtime fans of Mr. Paul Slayton know exactly what awaits them bar-wise whether it’s his love for whips that sport everything from candy paint to fifth wheel motifs to woodgrain steering, pourin’ up that double cup and aspirational motivation. These central themes make up a large portion of The Houston Oiler. Despite a lack of true artistic evolution, Wall does a good enough job creating purpose-built music.

When he’s making music dedicated to cruising the 610 loop in a custom Cadillac Fleetwood, the moods evoked is convincing. It’s still surprising how many ways he can detail “Showroom Ready” vehicles alongside Boss Hogg Outlawz member Le$. “I broke up with my Benz, then I bought a Lac/Going 90 on the Freeway, trunk crack/the paint wetter than ya girl when I’m bout to pull up/Shit on them like a pull up/They hatin’ on me so what,” he spits atop nostalgic production with smooth 80s R&B melodies and window-rattling bass. “Han Solo on 4’s” stands as one of the most clever Star Wars references in Hip Hop this side of the Empire as he notes a “turning lane head turner” with “perforated custom leather” that “cost a lot of cheddar” over a blues sample and standard rap drum patterns. Many might find redundancy in the sample usage of Bobby Womack and Peace’s “Across 110th Street” for “Caught You Lookin” while others may appreciate it for another trunk banger. By the time the all-star H-Town “Swangin in the Rain” (Remix) featuring Slim Thug, Lil Keke, J-Dawg, Chamillionaire and Z-Ro closes the album out, it’s undeniably clear Wall’s slab collection “is rather vast.”

The Houston Oiler’s remaining tracklisting offer life philosophies but self-explanatory song titles including “Money Don’t Make Me,” “Hustle Like a MF,” “Thangz Are Crazy” (featuring Z-Ro) serve as obvious examples that have been done better before (even by the man of the hour himself). The mileage on these tracks may vary depending on how invested they are post-2000s Houston rap. Playlist obsessed millennials definitely won’t be swayed much. And even the album cover uses a purple drank-inspired version by the former H-Town NFL team’s Tennessee Titans transformation (Slab God used a similar version as well), there aren’t many lean references regarding rap’s most controversial liquid concoction. This opens up “The Po-Up Poet” to various contradictions as heard on “Mike Dean” where he blasts “fake trend sippin’ for the Gram” before proclaiming to consume lean like the storied Houston producer. He backslides even further on “Save Me From Myself” where he nearly denounces his own consumption altogether.

In real life, Wall just opened the world’s largest jewelry store in the world in Houston alongside famed bling specialist TV Johnny. It’s a grandiose idea which really proves that maybe things are bigger in Texas and reveals operating the two-story, 14,000 square foot business may be more of an accomplishment than his music itself.