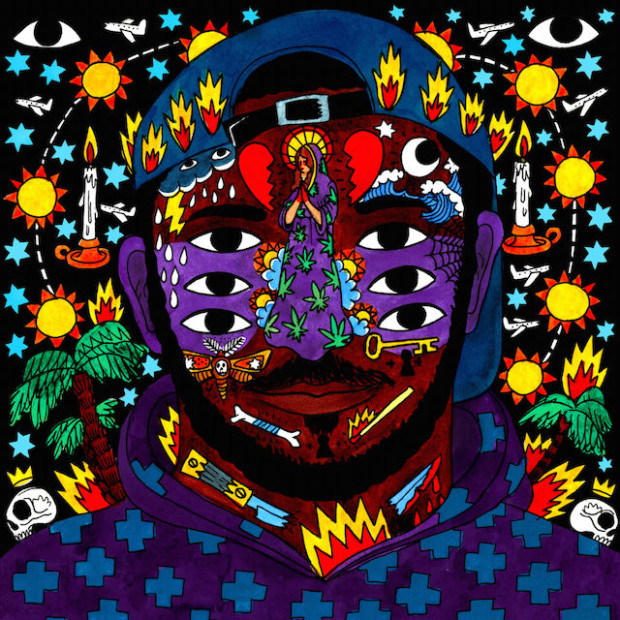 When Dr. Dre unveiled The Chronic, he transcended his N.W.A past and became a frontman. When Statik Selektah dropped Lucky 7, he was no longer a mere member of Pro Era but the star of the show. When a producer releases their own album, two things happen: they further establish their brand and they lose the ability to hide behind their beats. For Montreal-based producer Kaytranada, that’s a good thing.

After racking up millions of plays on streaming sites, Kaytranada has arrived, an artist of the digital age whose respect for the Golden Age will draw fans in, and whose attention to detail will keep listeners nodding their heads throughout. Along with a growing legion of fans, Kaytranada’s debut project 99.9% has been cosigned by an eclectic mix of artists including Vic Mensa, Phonte, Craig David, Anderson .Paak, BadBadNotGood, GoldLink and more. A slew of instrumental, Hip Hop and R&B tracks, the album, much like the title suggests, earns high marks.

It’s hard to listen to Kaytranada without invoking thoughts of Hip Hop’s past. The beat maker’s music has a melodic, relaxed vibe reminiscent of Pete Rock’s famous Petestrumentals beat tape and the many works of instrumental genius 9th Wonder. Much like the aforementioned legends, Kaytranada knows his niche, sticking to his roots on the majority of 99.9%; the tracks are largely downtempo with multiple synth layers that at times give the album a chill-hop feel. ”Bus Ride” exemplifies this, garnishing a steady set of drums with light piano, smooth synths and Eastern-sounding instruments.

Unlike some instrumental works, those on 99.9% are quite complex, with “Despite the Weather” offering up mini key and drum solos to break up the coffee shop sound. While most are able to stand on their own, others, such as “Lite Spots,” are disjointed, straying too far from the signature synth-based sound he displays on “Glowed Up” alongside Anderson .Paak. Luckily, this sound can both be toned down and turned up.

On “Drive Me Crazy,” which was released in January with collaborator Vic Mensa, Kaytranada translates his sound to those looking for something more upbeat. Kanye West’s “U Mad” collaborator rides the wave of synths and electronic pings, his hard-nosed rhymes in stark contrast to the beat, the juxtaposition working in favor of the listener. It’s here where Kaytranada excels, proving that he’s not only able to soothing tracks like “Got It Good” featuring Craig David, but on the neck-snappers as well.

While there have been stronger beat tapes, few transcend that category; even fewer are able to inject the type of energy needed to break up a monotonous string of slower songs. This can be largely attributed to Kaytranada’s background as a DJ background, as he seems to have complete control over the proverbial dance floor, switching up tempos to match the crowd’s mood throughout the 15-track album; this prevents 99.9% from feeling bloated and is yet another reason Kaytranada’s debut album is a resounding success.